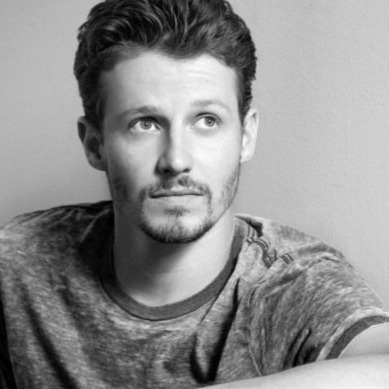 American actor Will Estes is famous for his role as J.J. Pryor on the NBC drama called “American Dreams”. Will has not only worked in the film industry, he has also yielded his contributions in the area of commercials.

Born in Los Angeles, California, Will Estes is an American actor who was an only child of Mary Lu Nipper, an office administrator, and Bill Nipper, a projectionist.His first major role was in the series “New Lassie” where he was picked out of 700 kids. He was only 7 years old when he played a role as Will McCollough in that series.

In 2005, he learned how to act like tetraplegia to equip himself well in the movie “The Dive From Clausen’s Pier”.Later on, in 2010, he joined a series “Bad Blood”. The show is currently terminated its sixth season. Will is doing the role of New York Police department officer in Bad Blood.

Apart from his film career, he has also majored in English Literature through Santa Monica College. Moreover, he was also instructed in Gymnastics and competed in Brazilian Jiu Jitsu. After winning a role in New Lassies, he was involved in several animal charities. He is a motorcycle evangelistic.Will started working professionally at the age of 10, now he has established himself as a popular actor due to his spectacular stunts and acting.

Early in his film career, he did many guest starring roles in series, for instance, Highway to Heaven, Santa Barbara and so on. In the short film of 2007“Luz Del Mundo”, Will portrays a great American Novelist and Poet Jack Kerouac.Similarly, in late 2005, FOX aired an American television series “Reunion” in which Will has played a role as Will Malloy, but due to bad luck the show got cancelled only after doing 9 episodes.

In Soap Talk interview (2005), Bon Jovi asked him to be in his videos which became super hit and got so many views on YouTube. After “New Lassie” he got many opportunities to play as a leading character and that had given him a lot of confidence to work even harder.

38-year-old Will is still single and has never talked about his plans to get married or having children. Since he doesn’t have any girlfriend and leading a single common life, it was also rumored for a while that he was a gay. Though he dated the beautiful Hollywood’s actress Jennifer Love Hewitt for four months, he had never been in a committed relationship since then.

Will hasn’t signed for any acting work in 2016. If you want to keep up with his updates, then follow him on Instagram @willestes101.