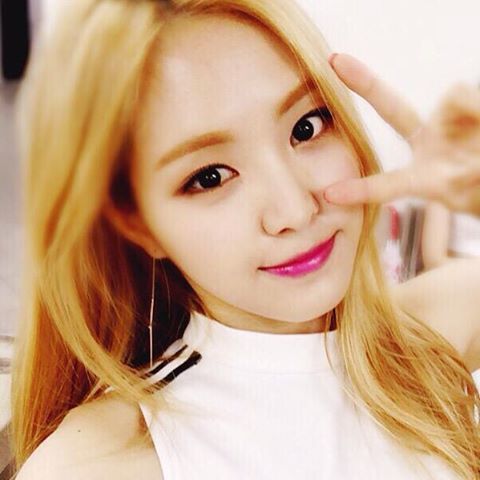 Son Na-Eun is an actress hailing from South Korea. Also, recognized an aspiring South Korean idol, she is a vocalist of a girl group Apink.

On the Tuesday broadcast of “Kim Chang Ryul’s Old School” an SBS PowerFM radio show, the girl group Apink made a guest appearance.

Band’s singer, Son Na-Eun, who is known to speak very less often spoke on the show. Listener expressed happiness when they heard their young idol speaking for the first time. They said, “Finally, Naeun has spoken.”

The show’s DJ Kim Chang Ryul questioned her, “Do you not talk a lot Son Na Eun?”

Naeun’s bandmate answered, “She usually talks a lot, but when she comes out on a variety show or on radio, she does speak less.”

Recently, Apink expressed their feelings to their followers in a fan meeting. During that time, Naeun was tasked with giving the concluding speech. But, as she begun speaking, an admirer encouragingly screamed, “Let’s last for a long, long time!” Instantly other fans begin to join the shout as they say the similar things.

Seeing her fans reaction upon her speaking, Naeun quietly said “Yes” & seemed confusing the other members of the group turning around.

As her mates found out her crying from the encouraging shouts, Jung Eun Ji hilariously pretended to cry to show how touched she was and other members joined her as well.

Also named Marcella Son, she started off her acting career taking a role of teenage Hae-in in a drama, ‘The Great Seer’ and followed with portrayals in various dramas like ‘Twenty Again, ‘Salamander Guru and The Shadows, Childless Comfort’ and ‘Cinderella and Four Knights’, & film like ‘The Miracle’.

Naeun’s soulful singing voice and acting have taken millions of hearts. But fans haven’t heard her speaking on the variety shows.