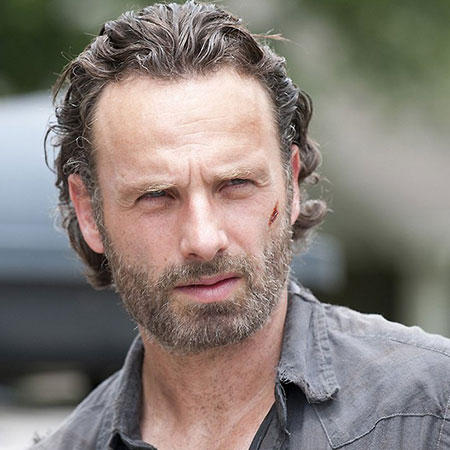 Along with that, reports have surfaced that Norman Reedus playing Daryl Dixon will take over the show as the lead.

Reedus is reportedly earning a hefty $20 million contract to stay on the show and take the lead.

Daryl is arguably the most popular character in the series, so the decision to go with him isn’t without merit.

However, many people have expressed their opinions that Lauren Cohan’s character, Maggie Greene should be given the lead.

The show is now in drastic need of reinvention after the departure of several beloved characters, especially Eric Raleigh and Carl Grimes.

And several suggestions have come forward that the writers should turn their pens in Maggie’s direction.

Though she didn’t join up with Rick as early as Daryl, she has repeatedly demonstrated the qualities to fit the position.

The season 8 showed Maggie taking control of the Hilltop and making it the only community to confront Negan and his Saviors.

Not only with the firepower, but she also used her smart tactics to defend her people, trapping the attacking Saviors not once, but twice.

She watched Negan brutally bashing her husband, which evidenced that her emotion can’t hinder her decision making.

The way she stood up for the people of the Hilltop and her negotiating skills make fans believe that she is best suited for the position.

However, Lauren Cohan has also hinted on her exit from the show and is reportedly appearing in a few episodes of season 9.

Her new ABC series, Whisky Cavalier, which is set to premiere in 2019 is likely to create scheduling conflicts.

Not only that, but she has also been through long conflict to get the same paycheck as her male counterparts.

After learning all this, we can fairly assume that the season 9 transition could come up with Daryl getting the main role.