Skip to content
Home » Entertainment » Who’s Richer between Corey Harrison and Chumlee? Check out these Pawn Stars’ Net Worth in 2018! 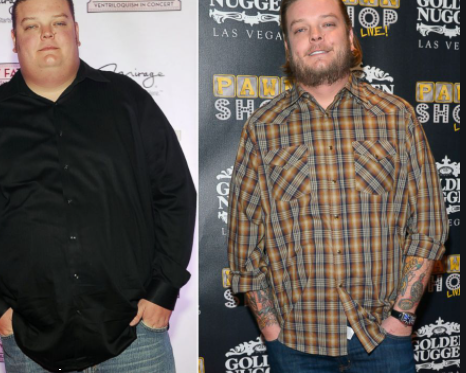 Pawn Stars, when premiered on History channel nearly nine years ago, was one of the unique shows on television.

The shop is run by pawning veterans, Richard Benjamin Harrison aka Old Man and his son, Rick Harrison.

However, the young bloods, Corey “Big Hoss” Harrison and Austin “Chumlee” Russell, are also the force to be reckoned with.

Friends since childhood, the two have been working side by side at the pawn shop making some lucrative deals along the way.

So, fans might be wondering who is richer, Big Hoss or Chumlee. Let’s find out.

Corey is the son of the shop owner, Rick, and grandson of Richard Benjamin.

After he threatened to leave the shop, he got a share in the family business, automatically making him a wealthy man.

Moreover, he also has his own merchandise which is a good source of income among the reality stars.

With his appearance in ‘Pawn Stars’ and as the shareholder in his family shop, he has garnered a net worth of approximately $5 million.

Chumlee is the childhood friend of Corey who has been working in the Harrison family shop since he was 21.

A goofball, he has been providing comic relief in the show. However, he has also proved himself as a negotiator.

He is an avid shoe and car collector. He owns a Maserati, Rolls-Royce Phantom, Cadillac Escalade, Range Rover and Impala SS.

He also has his own line of merchandise, like every other pawn star. He has accumulated a net worth of approximately $5 million.