Who is Dirt Every Day host Fred Williams dating? 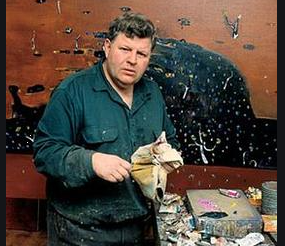 Fred Williams is a motor journalist, who is best known as the host of the series, Dirt Every Day.

He grew up on a dairy farm in Middletown, Pennsylvania, around tractors and trucks.

He worked in construction building sets for shows at an art museum in Colorado.

He became interested in writing after he was referred by a writer for 4-Wheel & Off-Road Magazine.

Even though he had no experience in writing, his enthusiasm for cars led him to apply for a writing job.

He worked for 4-Wheel & Off-Road magazine as a contributor, feature editor, technical editor and editor in chief.

He has been hosting the fan-favorite show, Dirt Every Day, since January 2013.

He has been dating a stylist, Ashley Hill, whom he met during the filming of the show in Moab, Utah.