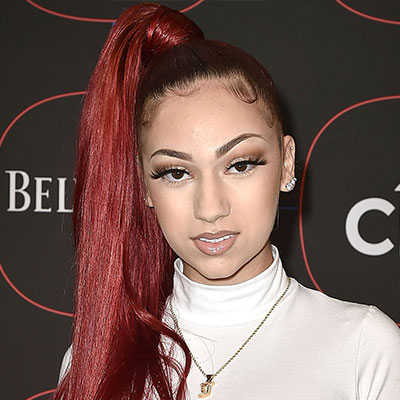 Danielle Bregoli a.k.a Bhad Bhabie (born March 26, 2003) is the youngest artist of all time to chart on the Billboard Top 100.

She has become an internet sensation with the catchphrase “Cash me Outside, how bout that.”

While appearing on Dr. Phil show in September 2016, she directed the six words at the audience which later sparked an internet outburst of memes using her image.

Her mother, Barbara Ann, said that the phrase means, “she’ll go outside and do what she has to do.”

The catchphrase would inspire a single based around the clip that was recorded by DJ Suede, which entered the Billboard Hot 100.

Bregoli and her mom filed petitions against three companies for infringing her intellectual property rights by using her signature catchphrase without consent.

She was nominated for a 2017 MTV Movie & TV Awards in the category ‘Trending’ based on the phrase.

She has recently dropped her debut single ‘These Heaux,’ which has been charted on Billboard Hot 100.

The 14-year-old has got herself into legal issues several times.

On August 1, she was sentenced to 5 years’ probation for multiple charges.

Back in June, she pleaded guilty to the charges, including two counts of grand theft, possession of marijuana, & filing a false police report.

She is allowed to complete the probation in California, where she lives with her mother.

Her charges predate her 2016 appearance on Dr. Phil.

Danielle once appeared with a mystery man on Instagram live who is rumored to be her boyfriend.