Who did James Rubin dated before marrying wife Christiane Amanpour? 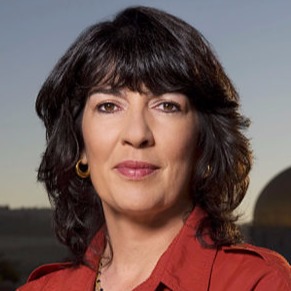 James Rubin is an American former diplomat ad journalist. He was born in New York City in 1960. Rubin comes from a wealthy Jewish background. His father is the president of Pindar Press while his mother worked at Albert Einstein College of Medicine in the Bronx.

He studied at Columbia University and graduated with a Bachelor of Arts degree in Political Science in 1982 and a Masters in International Affairs in 1984. As a student, James Rubin was exceptionally handsome and may have been the apple of many college girls’ eyes.

However, Rubin was instead a very busy man and did not focus on dating. He received Columbia College’s John Jay award in 1998 for “Distinguished Professional Achievement”, Due to his hardworking ways, he worked his way into being the State Department’s chief spokesman.

It was Amanpour who managed to steal Rubin’s heart when they met in Bosnia in 1997. While Amanpour was on an assignment, Rubin was travelling with the Secretary of State, Madeleine K. Albright. After dating for months, they tied the knot on August 9, 1998.

The ceremony was held in a small fashion performed by a Roman Catholic priest in Italy and then later, a Rabbi performed a Jewish ceremony.

It has been 18 years and the couple is still going on strong. When their marriage was first announced, it became the subject of much confusion as the public could not get over how their marriage would function as the two were both the busiest people on earth. The couple stated that they got along well as both of them had similar mindset and views and both of them believed in supporting each other’s hard work.

“Globalization, technology and communications have made it possible for me to be close to my wife all the time but it’s still painfully difficult to live apart.”

Rubin went on to become a US Assistant Secretary of State and spokesman for the US State Department during the Clinton Administration. He also went on later to act as the informal adviser to Hilary Clinton in her bid for the presidency.

After a while, Rubin made the decision to enter the world of journalism. He was a television news journalist and commenter but quit shortly afterwards to shift to London. He now is a regular contributor on foreign affairs on the Sunday times of London.

Rubin is also busy being a dad as his wife constantly has to travel for her work. As a father and husband, Rubin is greatly appreciated in his roles. His wife described him as ‘a poster child for great father’ and praises him several times in public interviews.