Skip to content
Home » Entertainment » What are Dog the Bounty Hunter and Beth Chapman doing now?

What are Dog the Bounty Hunter and Beth Chapman doing now? 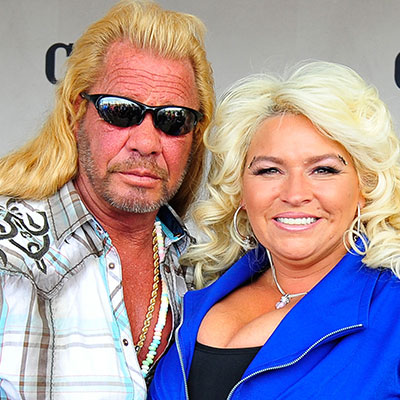 Together, they appeared in shows like Dog The Bounty Hunter and Dog and Beth: On the Hunt.

They both are bail bondsperson, who are currently working for the bail reform across the country.

It was also the reason their show, Dog and Beth: On the Hunt ended in 2015.

Beth is the president of the Professional Bail Agents of the United States and Dog works as an advocate for the field.

In September 2017, Beth was diagnosed with Stage 2 Throat cancer and underwent surgery.

She had a 12-hour procedure to remove the plum-sized tumor from her neck.

Beth wrote in a letter, “I will fight every step of the way, my husband and children are counting on me to be there for years to come.”

Dog said in a statement, “Her doctor said we won round one, we will know more later this week. Mahalo to everyone for their prayers.”

Beth has also been absent from their podcast, Dog & Beth: Looking For Trouble since October 2017.

Even after 11 years of relationship, Dog and Beth are still together and more in love than ever.