Skip to content
Home » Entertainment » What led Wendi Nix and her husband end their married life? Secret behind their divorce revealed.

What led Wendi Nix and her husband end their married life? Secret behind their divorce revealed. 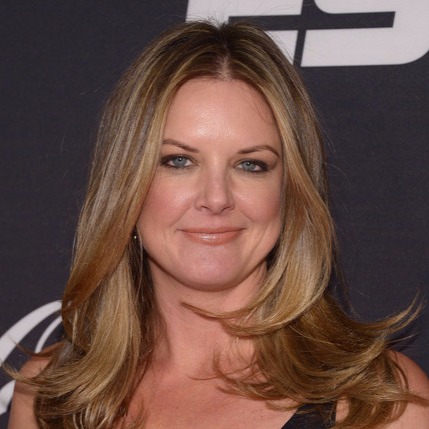 An alumnus of the University of Massachusetts Amherst, Nix started the television career at ABC. In 2001, she joined the New England Sports Network. After gaining some experience, she moved to ESPN where she was responsible for anchoring and reporting sports.

In addition to this, she served as Sunday Night Baseball’s reporter and anchored Baseball Tonight. In 2010, Wendi covered the Masters & British Open tournaments.

Looking at her career graph, it’s quite easier to predict that Wendi Nix earns some good amount as salary but she has not shared any information, neither about her salary nor about net worth.

Wendi Nix, one of the most striking hosts in the sports network was once a married woman. Unfortunately, her years-long relationship with her husband fell apart and the lovely couple ended in divorce in 2010.

The forty-one years old ravishing lady loves to keep secret. She is among those who prefer to hide her personal life.

Though most of the time she has sealed her lips, she never tried to cover her marriage. Wedded to the former professional baseball executive, Ben Cherington the gorgeous lady has given birth to two adorable daughters.

The pair divorced without creating much fuss

ReportedlyWendi met her ex-husband while studying at college.Both of them studied at the University of Massachusetts. The love that sprouted in the college days led to marriage within few years. Unfortunately, the two no longer lives together and have separated legally.

The pair did not publicize their divorce. And the news did not surface until Wendi shared it with the Myrtle Beach Tribune. She did not give many details about why and how they separated but it seemed like the divorce was mutual since none of the parties created any fuss regarding it.

As of now, her former husband, Ben is married to marketing executive Tyler Tumminia with whom he is parenting two other children.

The mystery queen is still playing coy with her fans.

Since past one year, Wendi has been tweeting about her new husband openly but has not revealed his identity yet. As Wendi Nix excitingly tweets about her man, the beautiful sportscaster seems to be very happy with her new found love.

Though she loves the mystery game, we are waiting for the moment when she will disclose the identity of her prince charming.

She posted a picture of her with friends, Trista Sutter, Dan Hicks & Sutter’s family accompanied by an anonymous man whose face was mostly unseen on Twitter. Referring to that picture, one of her followers asked about the unidentified man to which she answered that he was her husband.