Skip to content
Home » Entertainment » What Happened to the Hairiest Man in the World, Yu ZhenHuan?

What Happened to the Hairiest Man in the World, Yu ZhenHuan? 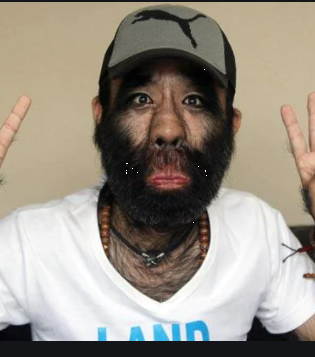 Yu ZhenHuan is an aspiring rock star and Guinness world record holder for the ‘Hairiest Man in the World.’

He was born in the Chinese province of Liaoning in 1979, but his thick hair that covers 96% of his body started growing at the age of 2.

He used to be called names such as ‘caveman,’ and was hurled stones at when he was still a kid, but he didn’t let it hamper his ambitions.

He made his acting debut at the age of six in the movie ‘A Hairy Child’s Adventure.’

Yu has had five different operations to remove hair from his nose and ear, which caused him hearing and breathing problems.

His recent operation was in 2009 when he attempted to remove his hair using laser treatment but was unsuccessful.

In the year 2008, he signed up with an online dating agency in search for the love of his life and indeed started dating a woman afterward.

But after two years of relationship, the couple had to break up because the woman’s family objected the relationship due to his appearance.

Yu’s agent helped him set up blind dates with single nurses from a hospital in Changsha, Hunan province.

Yu was looking for a woman with a good personality, and a few met his criteria but claimed that distance would be a problem because he currently resides in Beijing.

He has repeatedly talked about removing his hair through plastic surgery but that was many years ago, and we haven’t heard from him since.