Skip to content
Home » News » What happened to Jon Scott? His next assignment in FNC after leaving Happening Now!

What happened to Jon Scott? His next assignment in FNC after leaving Happening Now! 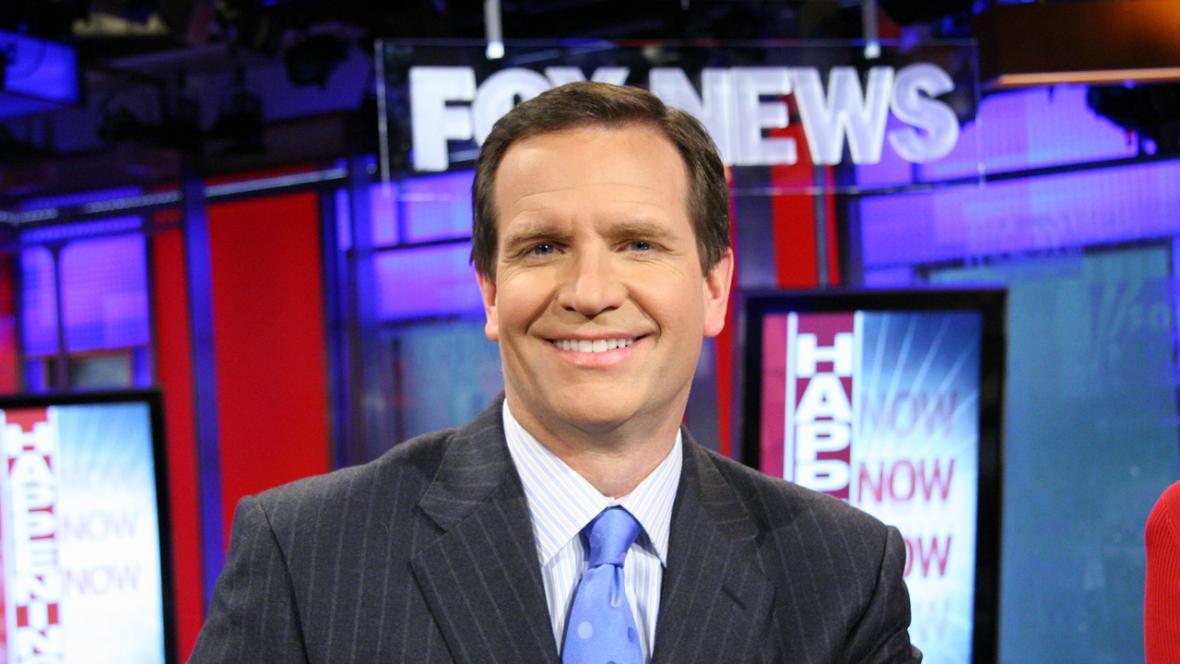 If you are looking for Jon Scott in his regular time slot in the show, Happening Now then certainly you might get disappointed for not finding him there. He has left the show following the show’s cancellation, which has without a doubt has left the fans disheartened. So, his fans are curious what actually happened to Jon Scott? What is he up to now?

What happened to Jon Scott?

After Bill Hemmer and Sandra Smith announced in America’s Newsroom in June 2018 that their show would be extended to three hours, leading to the cancellation of Happening Now, fans got anxious to know about Jon Scott’s whereabouts. His followers are eager to know whether or not he is in Fox News Channel.

So folks, here’s the good news! He is still at FNC and will be hosting the weekend show.

Scott has been hosting Happening Now since 2007, but he is now moving on with another project. The veteran news anchor has taken the weekends instead, leaving the weekday news show. He took to Twitter on June 7, to convey the message of his departure to his followers. He also reminded his fans to tune in for the “final wrap” for Happening Now. 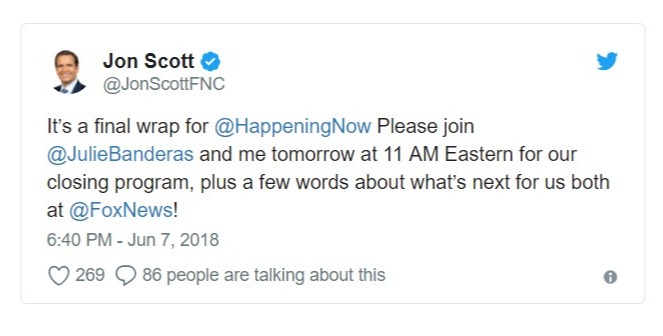 Scott has been working for Fox News for more than two decades. He has been assigned to the new to host Fox Report Weekend. The show is set to air at 7:00 and 6:00 P.M EST on Saturdays and Sundays respectively.

Scott started his career as a correspondent for the NBC-affiliate television network, KOMU-TV  in Columbia, Missouri. Later, he worked for ABC-affiliate, WPLG-TV in Miami as the weekday evening news anchor, reporter and weekend co-anchor. He was also the reporter of Inside Edition, a syndicated news program in the early 1988. 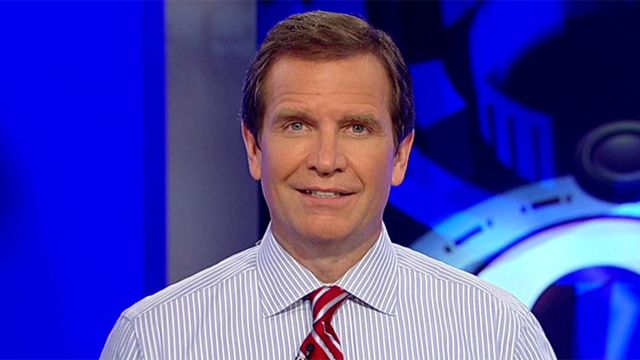 He worked as a correspondent for NBC’s Dateline from 1992 to 1995. He officially joined the Fox News Channel in 1996 after serving as the host of A Current Affair, an syndicated news magazine.

Till date, he has done several phenomenal works and is also an Emmy award recipient for his contribution as a news writer in NBC’s Dateline. From the tragic 9/11 terrorist attack to the coverage of the death of Osama bin Laden during May 1 and May 2, 2011, and from the devastation caused by hurricanes and even the war in Afghanistan, he has always given what his viewers are eager to know about. 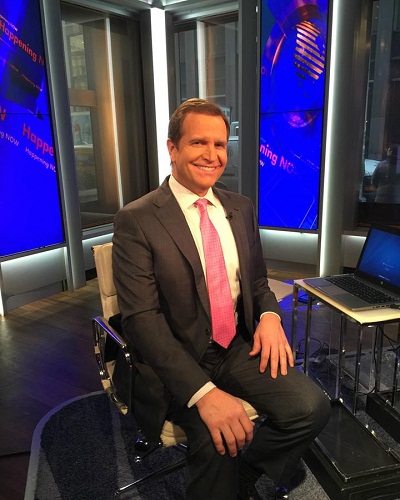 Happening Now is undoubtedly going to be missed by the viewers, but Scott has already been working in Fox Report Weekend, so fans, you can take a sigh of relief.