Skip to content
Home » News » What happened to Diego Costa? Where is he now?

What happened to Diego Costa? Where is he now? 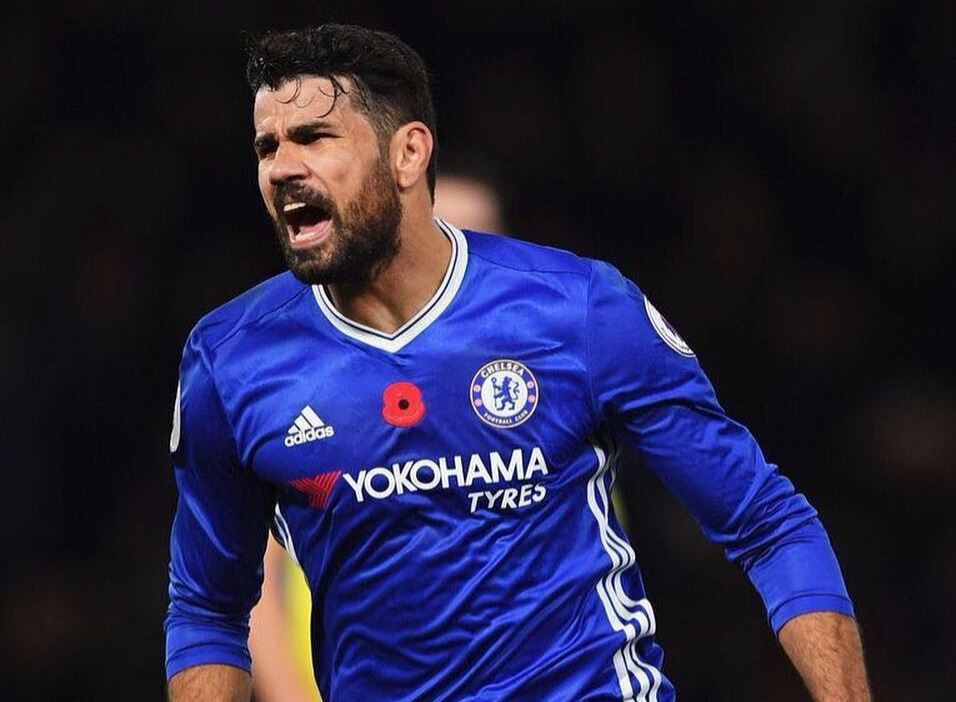 Wondering what happened to Diego Costa? He has left Chelsea but is currently ineligible to play for Atletico Madrid. He will be joining the team on the field once his transfer is formally completed in early 2018.

Why did Diego Costa leave Chelsea?

His fans are wondering what the reason was for him leaving Chelsea. His relationship with head coach Antonio Conte had taken a hit after China offered Costa a deal which would make him the second highest footballer in the world.

Although Conte admired Costa’s prowess on the field (he’s been the top Chelsea scorer for three consecutive seasons), Costa’s erratic behavior led him to let the player go.

Costa has been a key player in the last season for Chelsea but the club seems to be eliminating its strength. Offer from four clubs in China was made for Diego which was rejected by Chelsea which led to differences between Diego Costa and Antonio Conte. 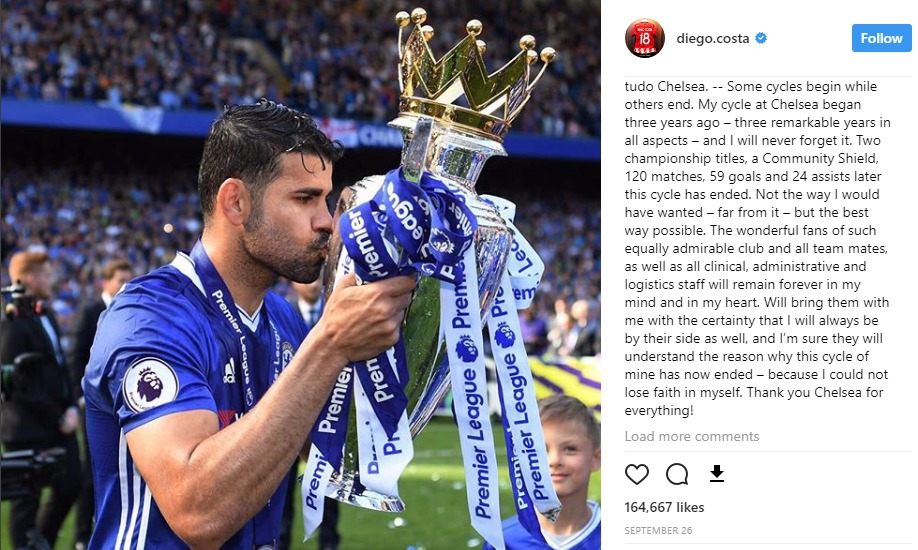 On September 27, 2017, he thanked his former team on his Instagram with the caption, “The wonderful fans of such equally admirable club and all team mates, as well as all clinical, administrative and logistics staff will remain forever in my mind and in my heart…I’m sure they will understand the reason why this cycle of mine has now ended – because I could not lose faith in myself. Thank you Chelsea for everything!”

It was confirmed on September 21, 2017 after Chelsea announced that Costa will be joining Atletico Madrid in January 2018. It was also announced that he joined the team on 26 September 2017 after passing the medical tests and will be able to play as a team member after January 1, 2018.

On his Instagram, Diego posted a picture with his new team on 27 October, 2017, confirming the announcement that he is back to his old ground with his former team, Atletico Madrid.