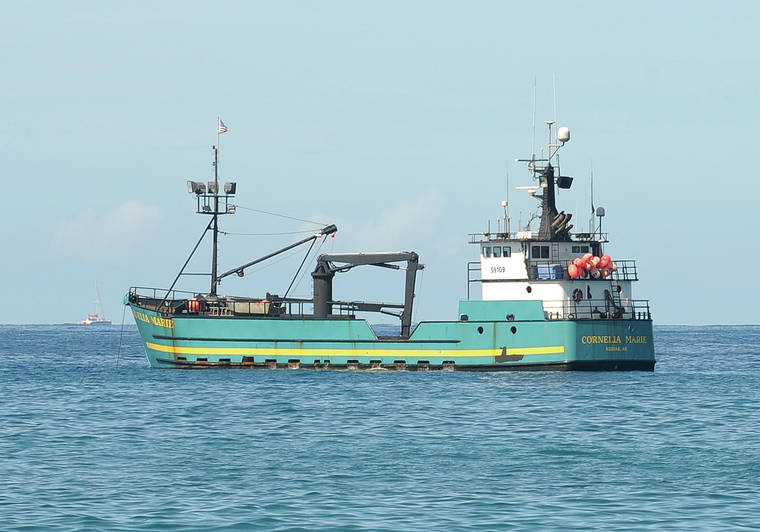 F/V Cornelia Marie is one of the commercial crab fishing boats featured in the Discovery Channel television series, Deadliest Catch.

It was formerly owned by Captain Phil Harris until he died in 2010 and his eldest son, Josh Harris took the ownership in 2013.

After purchasing it, Josh put $1 million to give Cornelia Marie an overhaul that includes all renovations and electronics.

Since Phil’s demise in 2010, the boat has seen crew changes a few times and also hasn’t been regularly featured in the show.

The 2010 episode where Discovery paid a tribute to Captain Phil, was considered one of the best episodes ever in both the series and reality TV world.

However, another misfortune hit when Tony passed away in his sleep on August 11, 2015.

Afterwards, Phil’s younger son, Jake got into various troubles, including substance abuse, health issues and break-up with his girlfriend.

Harris family, who were leading associates of the boat, got stuck into various family issues, including Josh and Jake’s grandfather, Captain Grant Harris’ death.

Josh announced to fans in a Facebook video released on October 14, 2016, that Cornelia Marie won’t be featured in the show’s season 13.

He explained in a video that it wasn’t the boat crew’s decision but was the decision of production at Discovery.

However, in October 2017, while announcing that the boat will be back for season 14, he further addressed the reason for their absence in season 13.

As Josh revealed, it had been hard for him to manage the camera time amidst his family issues.

He acknowledged that his family dramas weren’t a fun to watch on the show, which has been famous for documenting the crew’s struggles with the storm in the high seas.

Now, it has been expected to be a fresh start for Cornelia Marie and it’s crew, long after Phil’s death.

Along with Josh Harris, Captain Casey McManus will also be taking the helm. In fact, the two captains will be rotating seasons.

However, Josh hasn’t confirmed about his brother Jake’s return as he is still busy fixing up his personal life.

The crab fishing boat headed off from Dutch Harbor into the Bering Sea back on October 12, 2017, with a full Discovery Channel camera crew.

Fans are desperately waiting to see the Fishing Vessel in the 14th season of ‘Deadliest Catch’ which is set to air this spring.