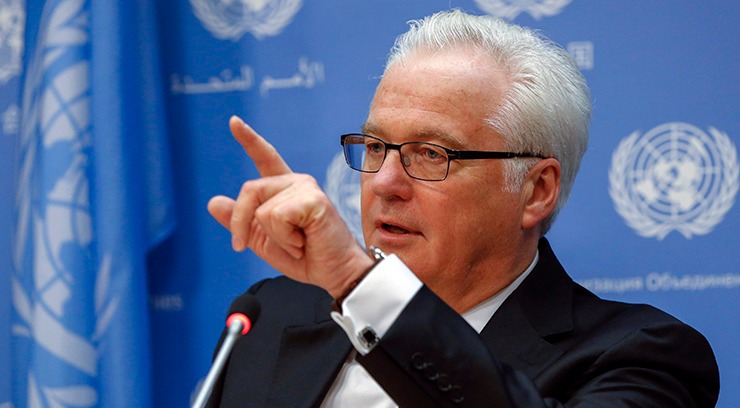 The United States and Russia, in the past, have acted like two sides of a coin. The two nations are known for brawling rhetorically several times. The relation between the two heavyweight nations is at its lowest since the 1973 Arab-Israel war, as per the Russian UN ambassador Vitaly Churkin.

Churkin labeled the current situation between the United States and Russia to the Situation on October 1973 when a coalition of Arab states backed by Russia attacked Israel backed by America.

He made the remarks in an interview at Russian Mission Friday. Speaking at the interview, Mr. Churkin said, “The general situation I think is pretty bad at this point, probably the worst since 1973”. As per Churkin lack of respect for each other have brought the US-Russian relation to their current low point.

Besides that, the UN ambassador for Russia further pointed to the US and NATO’s decision to build their security at the expense of Russia. He also expressed his dissatisfaction on how the United States accepted many East European nation, especially in Soviet bloc as NATO members.

To his credit, he didn’t just point the fact where the Americans were weak or had their fault. He praised former US president George W. Bush’s decision to welcome Ukraine and Georgia as the NATO members.

As per him, the most important conflict was the April 2014 erupt in Ukraine. The incident took place just weeks after a former Moscow-friendly Ukrainian president was thrown from his powers by massive protests. Churkin believes that the protest against the Moscow-friendly President took place with some help from the United States.

The Russian also admired the positive achievements that the two nations have been able to achieve even at these low points. Some of the major incidents that he highlighted were the agreements in the UN Security Council in recent years supported by Moscow and Washington.

He further went on to address the Moscow and Washington’s effort on allowing cross-border aid deliveries without government approval. The joint effort in establishing a team of experts to determine responsibility for chemical weapons attack in the country was also praised by the Russian ambassador.