The Pierce the Veil singer has been dating his girlfriend for over a year now. 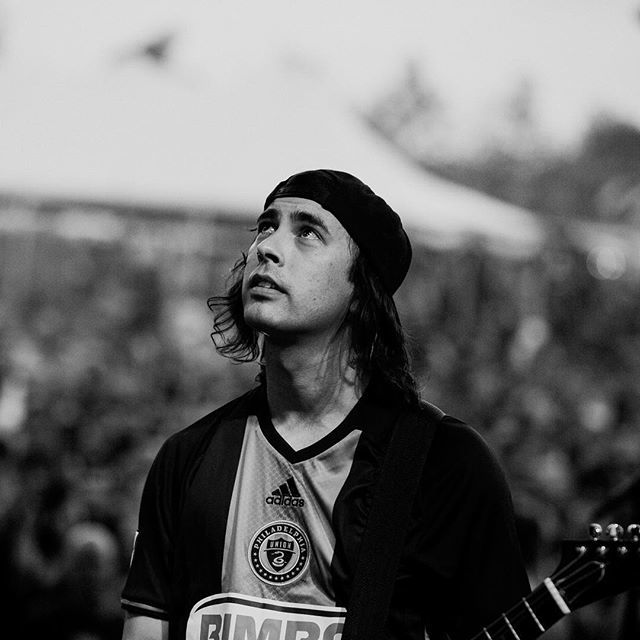 Vic Fuentes, the lead singer and guitarist of Pierce the Veil, is dating seriously. Vic celebrated his 33rd birthday with his year-long love Danielle Victoria Perry on February 10. In addition to Danielle, Vic loves his band, Pierce the Veil. In 2014, he got his first-ever tattoo for the band.

The tattoo is not visible nowadays. Vic might have gotten it removed, nevertheless, his gesture prevails to show his passion regarding the band.

Vic has had numerous on-again-off-again relationships in the past. He has dated Laura Christine, Cara Crawford, Rachel Cohen, Welly Llewellyn and Jenna McDougall. All his previous relationships have left him bruised and worse off. After all, not all that comes to your life is meant to stay. Some teach you lessons about true love and fake commitments.

Vic’s current girlfriend, Danielle is a commercial model working through the JE Model at San Francisco. Vic worked with the slender model in the band’s 2015 release, “King for a Day”. Apparently, the Pierce the Viel band members actually helped Vic meet and know Danielle.

Vic and Danielle have been dating for a year now. Vic, in particular, seems very much in love with the gorgeous model. His Instagram updates make us both happy and jealous – they look amazing together.

Born on February 10, 1983, Vic is presently 33. Vic celebrated his 33rd birthday with Danielle and shared this sweet Instagram post in February 2016.

Celebrating with this pretty lady today! Thanks for all the love everyone! You’re all too good to me❤️

Vic started playing in a local punk band while still in high school. In 2007, he coordinated with his brother Mike Fuentes, bassist Jaime Preciado and guitarist Tony Perry to form the Pierce the Veil.

The band has since recorded and released popular songs like King for a Day and Bulletproof Love. Not only that, the band organises concerts all around the World.

If you have been in love yourself, you know that staying in love requires significant time and effort. Hence, it is possible that Vic had to go through all those nasty breakups because of his tight band commitments.

Whether or not Vic gets a tattoo for Danielle, we’re certain that they’re in love. We wish all the success to Vic Fuentes’s band and his current relationship.