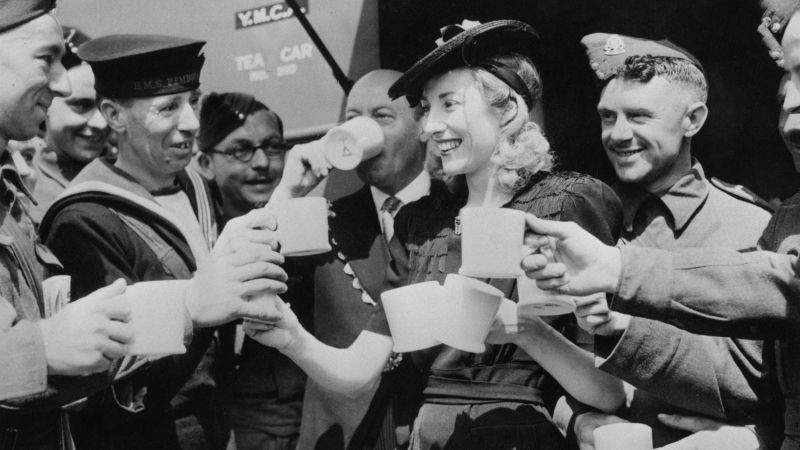 Dame Vera Lynn is an English singer better known as “the Forces’ Sweetheart.” Even today, the slightest mention of Vera Lynn evokes dark images of World War II and Britons pushing Nazi soldiers out of their bunkers.

However, among the soldiers who served during the war, Lynn symbolized beauty, hope, and the English spirit. She sang concerts, boosted morale and became an icon of hope during the violent battle.

Born on 20 March 1917, the Great War ended just a year after her birth. Vera started singing and dancing at the young age of seven. The affinity soon evolved past a hobby.

At 18, she started singing with Joe Loss’ orchestra and began recording. By the late 30s, she had already worked with Charlie Kunz and Bert Ambrose’s bands, and she started her radio program, Sincerely Yours.

In 1939, she recorded We’ll Meet Again, written by Ross Parker and Hughie Charles, a viral song among soldiers during the world war. In 1941, she started sending messages to English troops serving abroad and performed songs requested by the soldiers.

Her other wartime hits include The White Cliffs of Dover, A Nightingale Sang in Berkeley Square, and There’ll Always Be an England. After the war ended, her decision to retire took the Britons by storm. However, she started working again by the end of 1947.

What is Dynasty star Joan Collins doing in 2019? Net worth & Husband

Her 1952 single Auf Wiederseh’n Sweetheart became the first record by a British performer to top the charts in the United States. Her success became more prominent and was immortalized in 1969 when she received an OBE from the British crown, and she was made Dame in 1975. The English rock band Pink Floyd honored Vera on their 1979 album, The Wall, with a song titled Vera, referencing her and the music We’ll Meet Again.

In 2016, Vera was awarded the Member of the Order of the Companions of Honour medal by the Queen for eight decades of service. Vera claimed that she was unaware of the award until she received it. She called it a pleasant surprise.

Secrets of her Longevity and More Facts You Need to know about Olivia de Havilland.

Personal Life and Net Worth of Dame Vera Lynn

Vera settled down in Ditchling, Sussex, in the early 1960s, where she resides. In 2009, then 92-year-old became the oldest singer ever to top the British album charts with We’ll Meet Again: The Very Best of Vera Lynn.

The same year, she published her autobiography, Some Sunny Day. Vera has also published two memoirs: Vocal Refrain (1975) and We’ll Meet Again (1989). Vera was married to Harry Lewis, a clarinetist and saxophonist until he died in 1998. They had one daughter, Virginia Penelope Anne Lewis. She released a compilation album, Vera Lynn 100, three days before her 100th birthday in 2017. She was awarded the Lifetime Achievement Award at Classic Brit Awards in 2018. Over the 101 years, the old artist has released 22 original albums.

As of 2019, the centenarian has an estimated net worth of $20 million.