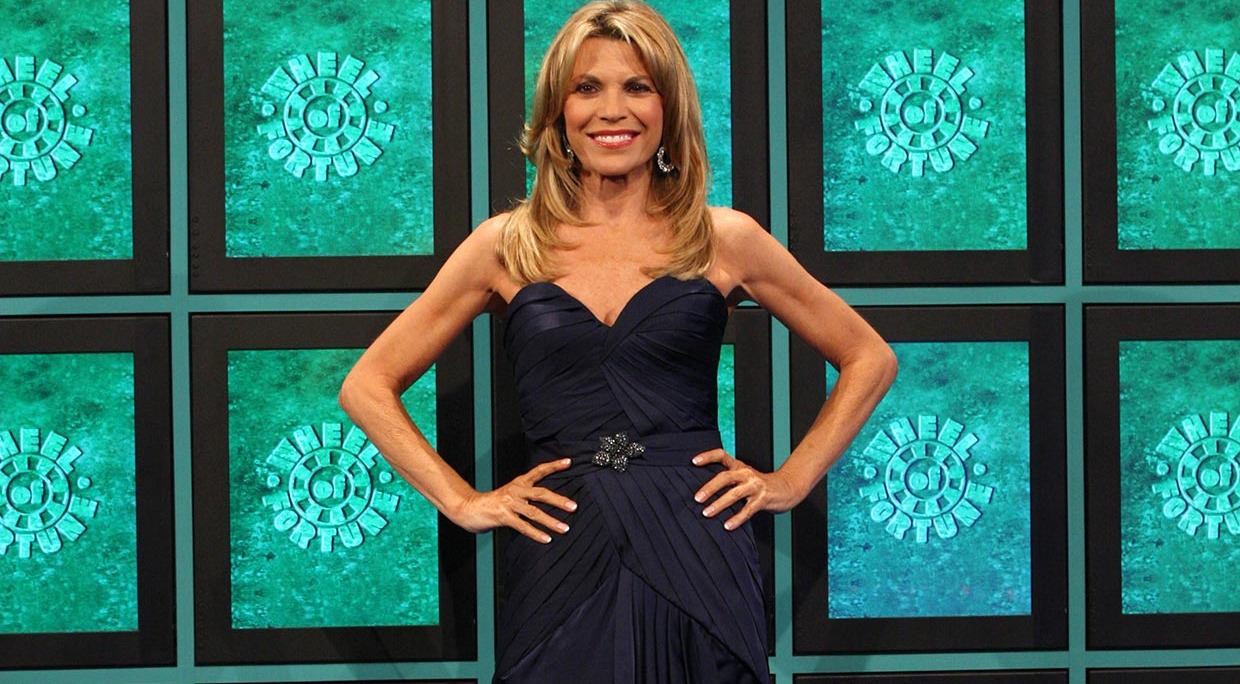 Vanna Marie Rosich, who goes popular by the name Vanna White, is an American television personality and actress. Renowned as co-host of the show Wheel of Fortune, she has appeared in a number of other TV shows and movies.

Vanna White wanted to appear on TV from a tender age

Vanna White was born on February 18, 1957, in Conway, South Carolina, to Joan Marie Rosich and Miguel Angel. When she was an infant, her father abandoned the family, and her mother and stepfather raised her, Herbert Stackley White Jr. She took the family name after her stepfather, a real estate agent.

When she was 10, she saw her uncle Christopher George on TV and started to dream of appearing in TV shows herself. After completing high school, she moved to Atlanta, Georgia, where she joined the Atlanta School of Fashion and worked as a model. Eventually, she headed to Los Angeles to pursue a career in the entertainment industry.

Fresh out of college, Vanna decided to move to Los Angeles to chase her dreams. Unsuccessful at taking a crack in Hollywood, White was almost broke but felt proud to ask for money from family. After that, she did some lingerie shots which appeared to the public after she became famous, one of them being the cover of Playboy magazine.

White first appeared on television in 1980 as a contestant on the game show The Price is Right. Though White was one of the first four contestants, she couldn’t make it on stage. She also did some less popular movies and TV shows during this time, which couldn’t take her career forward.

After enduring several hardships, she got her major career break when she replaced Susan Stafford on the game show Wheel of Fortune. It was not very popular at the time. She was selected as a co-host of the show among 200 candidates. Since then, she has been an ever-present face on the game show with co-host Pat Sajak.

American television personality Vanna is also an actress, but her acting career hasn’t been very successful. She has appeared in movies like Goddess of Love, NakedGun 331/3:The Final Insult, Graduation Day, and shows like L.A. Law, 227, Super Mario Bros. Super Show, Simon and Simon, The King of Queens and Full House.

In 1987, she published an autobiography, Vanna Speaks!, a best-seller. Vanna was awarded the Guinness Book of World Records’ television’s most frequent clapper in 1992. She also received a star on the Hollywood Walk of Fame on 20th April, 2006, witnessed by Pat Sajak, Merv Griffin and Alex Trebek.

Vanna White is undoubtedly one of the successful TV personalities. But the way her career has flourished, we cannot say the same about her personal life. Not long after she lost her mother to ovarian cancer, her fiance John Gibson was killed in an airplane accident in 1986.

White started dating John Gibson, a soap opera actor, in 1980 and eventually got engaged. Four years after the tragic moment, Vanna married restaurateur George Santo Pietro with whom she has two children: a son Niko and a daughter Gigi. The marriage ended in divorce in 2002.

She was engaged to businessman Michael Kyle from 2004 to 2006. She is currently in a relationship with John Donaldson. The mother of two owns “Vanna’s Choice,” her yarn line.