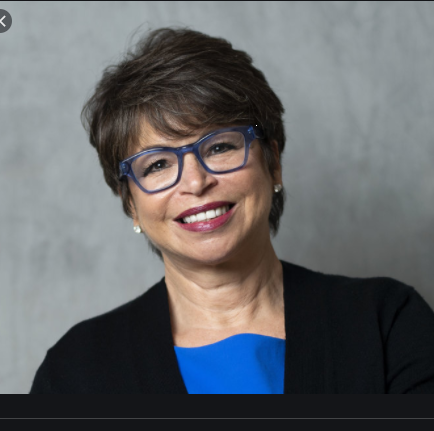 The since-deleted tweet single-handedly led to the cancellation of Barr’s popular sitcom, Roseanne, by ABC.

But this isn’t Jarrett’s first time being thrown into the public spotlight.

After posting the tweet about Jarrett in extremely bad taste, Barr was immediately slammed by critics for her racist remark.

The tweet went viral and amidst the controversy, ABC decided to take action by canceling her show, Roseanne.

But, before the announcement was made, Jarrett said that Disney’s CEO, Bob Iger, personally called her to apologize on Barr’s behalf.

Jarrett is most notable for being former US President Barack Obama’s longest-serving senior advisor.

Under his administration, she managed Engagement and Intergovernmental Affairs as well as co-chaired the Obama-Biden presidential transition team.

The Obamas are close friends with Jarrett and currently live one block apart from each other in Chicago.

Jarrett was born in Shiraz, Iran, to American parents, James E. Bowman and Barbara T. Bowman, who moved to Chicago when she was six.

She graduated from Stanford University and University of Michigan Law School with a degree in psychology and Juris Doctor (J.D) respectively.

Jarrett was rumored to be behind the infamous email scandal that cost Hillary Clinton her 2016 Presidential Campaign.

White House spokesman, Josh Earnest, and Jarrett herself turned down the allegation later, calling it ridiculous and “utter baloney.”

Barack Obama’s famous speech “A More Perfect Union” about racial discrimination proved to be a turning point in his 2008 Presidential Campaign.

It was a response to the controversial sermons made by Reverend Jeremiah Wright who had blasted Obama for not “fitting the mold.”

After Wright’s verbal attack on Obama, it was Jarrett who encouraged him to give the race speech at Constitutional Hall.