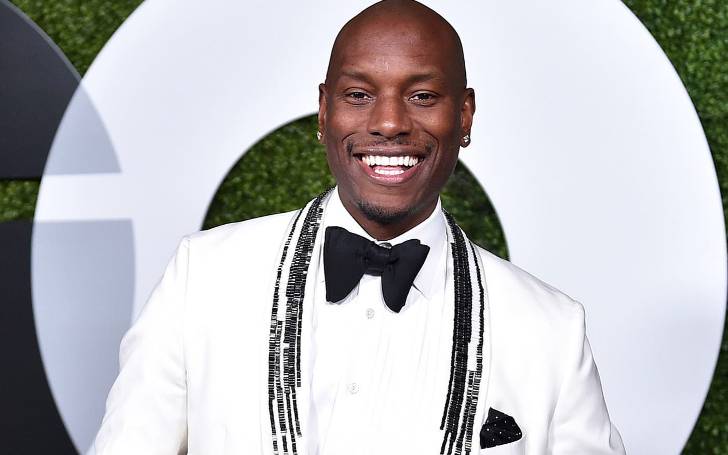 Tyrese Darnell Gibson is an American actor plus screenwriter who came into the limelight for his amazing portrayal of Roman in the Fast and Furious franchise.

Gibson has also earned fame in Baby Boy, Transformers, Death Race, and Legion. Moreover, he is a very talented person as he is also an R&B singer, songwriter, actor, author, television producer, and model.

Gibson was born on December 30, 1978, in Watts, Los Angeles, California, where he was also raised. More on his bio, he holds an American nationality. Similarly, he comes from a Black ethnic background. What’s more, he holds the star sign of Capricorn.

At the age of 14, he got into music and won his first talent show. At 17, he started modeling. His mom Priscilla and his three older siblings raised him as a single guardian after his father, Tyrone Gibson, left.

When Gibson was in high school, his teacher suggested he participate in the coca-cola Commerical audition. After his coca-cola advertisement, he appeared singing “Always Coca-Cola,” which led to bigger fame.

As per Billboard magazine, Tyrese has sold 3.69 million albums in the United States.

After his several albums, he ventured into films, with lead roles in various great Hollywood releases. He played Roman Pearce in the Fast & Furious films, Robert Epps in the Transformers film series, Joseph “Jody” Summers in Baby Boy, Angel Mercer in Four Brothers.

The actor co-created a 3-issue comic book called ‘Tyrese Gibson MAYHEM’ in 2009. Moreover, Gibson was inspired by his visit to comic con. On May 8, 2012, Gibson released his first book, “How to Get Out of Your Own Way.” It went on to be a New York Times bestseller.

Personal Life – Who is His Wife?

Gibson married Norma Mitchell from 2007 to 2009; they have one kid, a daughter born in 2007. A decade later, in 2017, he exchanged vows with his second wife, Samantha Lee, on Valentine’s Day. On October 1, 2018, they welcomed their daughter. But, Lee and Gibson announced they were divorcing in December 2020.

Net Worth and Social Media

ecelebrityfacts is the place to be for more celebrity biographies!