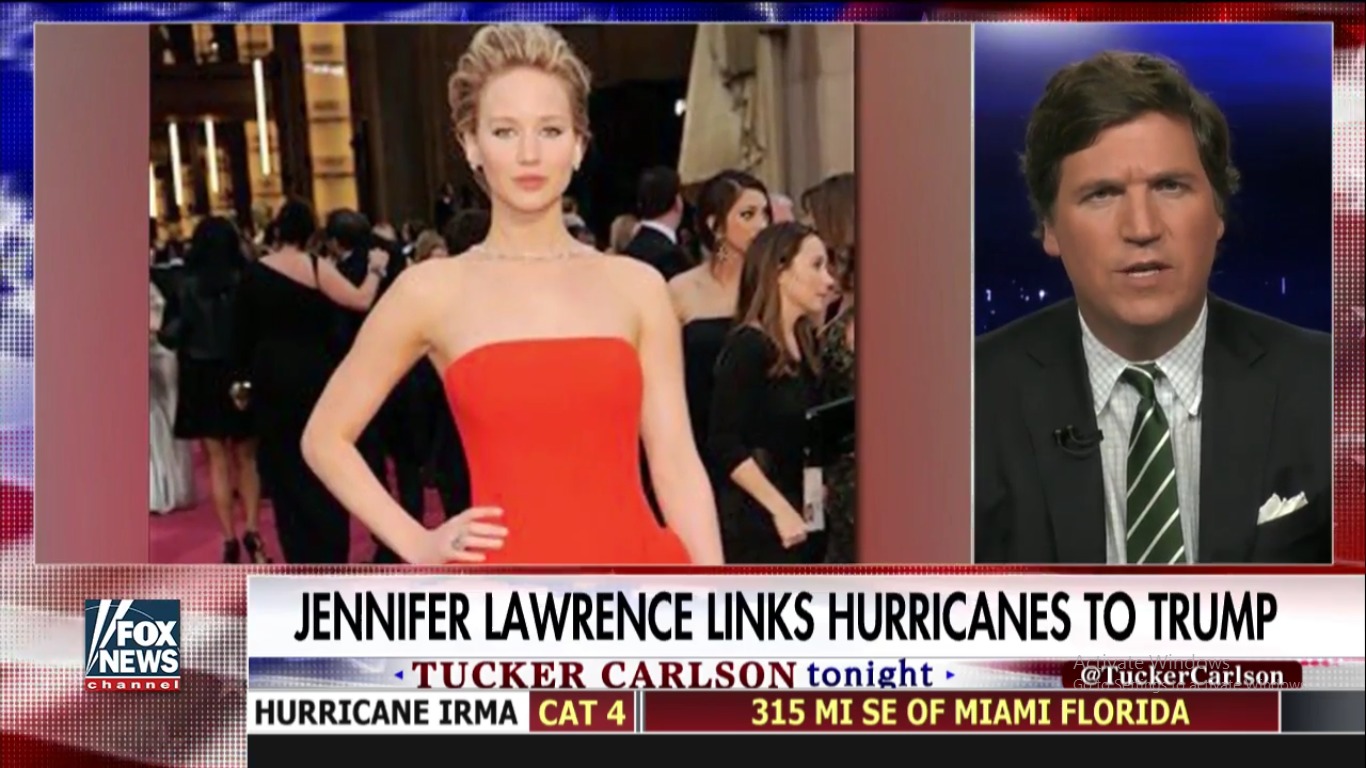 Tucker Carlson didn’t hold back while criticizing Jennifer Lawrence’s insensitive comment linking the devastating hurricanes to Trump. The Oscar winning actress, who is presently promoting her new movie Mother!, had recently insinuated in an interview that the hurricanes are the sign of “mother nature’s rage and wrath” at the American people for electing Donald Trump.

After playing the clip of Lawrence making these claims, a visibly upset Carlson asked The Hill contributor Joe Concha, “Why is it that as people get richer and more famous, sometimes they get sillier and more out of touch. Have you noticed this?”

Concha then proceeded to give his “prognosis” on Lawrence saying, “She’s obviously suffering from Trump derangement syndrome…and this is a situation where apparently side effects are blaming the sitting president for hurricanes hitting the mainland during hurricane season.” 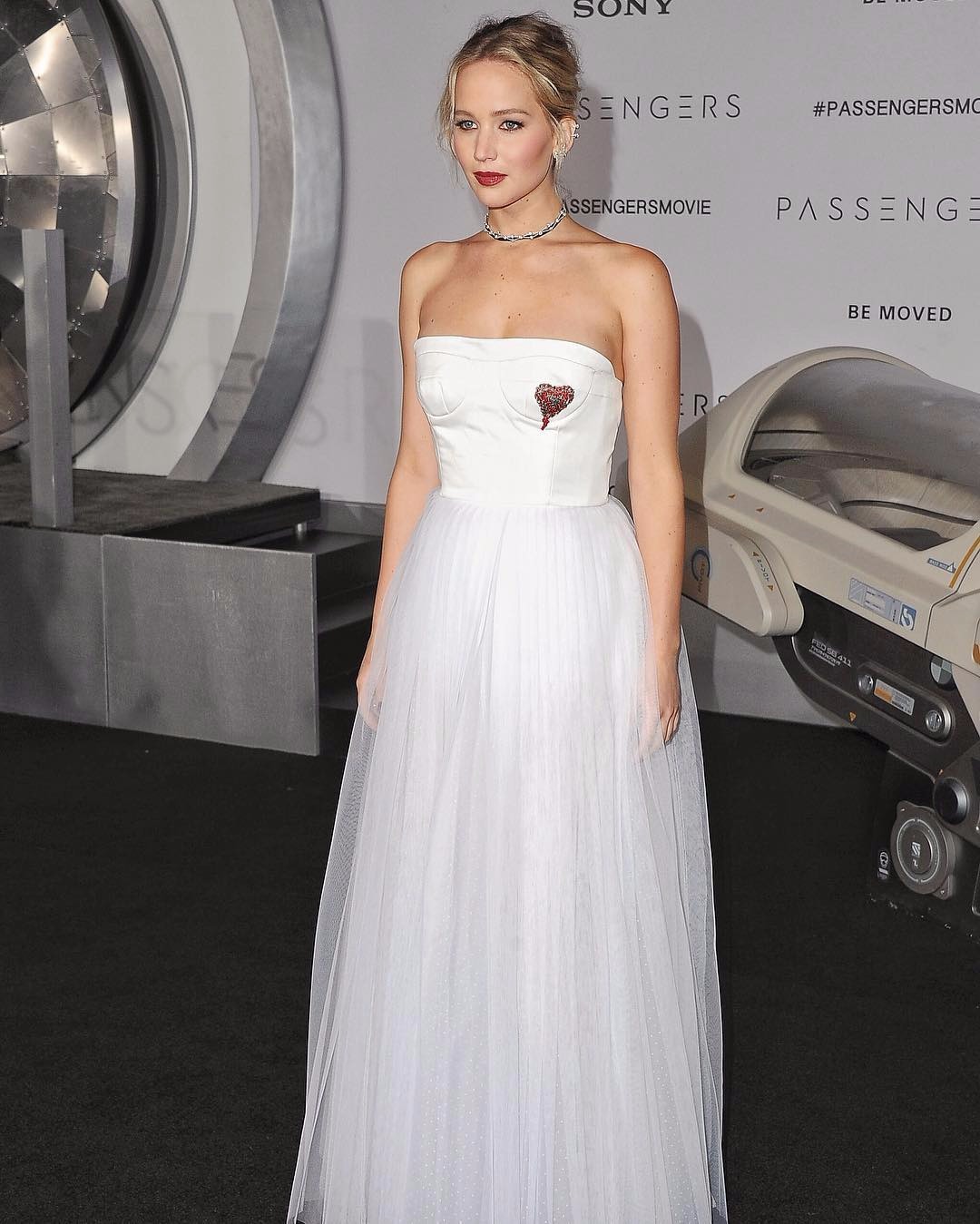 Carlson also wondered out loud why the press hasn’t jumped on  Lawrence after her “really stupid political statement.”

In the interview, the Hunger Games star touched a wide range of topics ranging from the wage gap to climate change.

“It’s also scary to know that climate change is due to human activity, and we continue to ignore it, and the only voice that we really have is through voting.”

She said that the current state of affairs in the United States are “confusing” to her. When asked if she felt the same about Donald Trump, she replied, “I don’t find him confusing. I think I know exactly what he is.”

How much is Tucker Carlson worth?