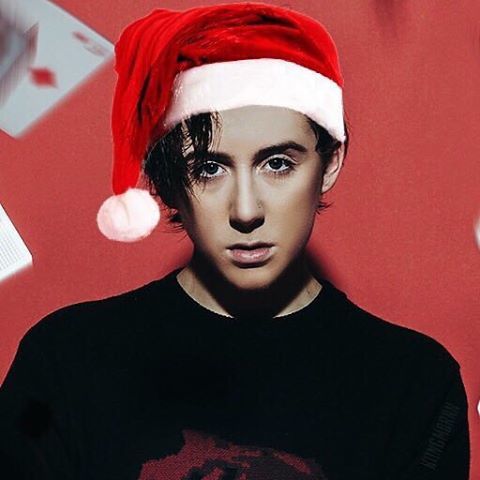 Trevor Moran is an American singer and YouTube personality. He is the recipient of 2014 Teen Choice Award for “Choice Web Star: Comedy”. He has 1.2M subscribers on his YouTube channel.

The same year, Trevor became a contestant of The X Factor. He was phenomenal at auditions but was consequently eliminated at the Boot Camp.

However, Trevor’s singing journey was to shine further. September that year, he released his first debut – Someone. In 2013 he released his first single “The Dark Side”. It remained in the top 25 of the Billboard Dance/Electronic Digital Songs chart. His single releases since include "Echo", "XIAT" pronounced "anxiety", "Now or Never","Slay” and "I Wanna Fly."

Trevor has starred in a few music videos as well. His video releases include "Let's Roll”, “Steal the Show", "I Wanna Fly" and "Got Me Feelin' Like”. Trevor went on Alive + GOLD tour with Ricky Dillon in February 2016.

In 2016 Billboard Music Awards, Trevor summed up his YouTube journey so far: “My brand is do what's on your mind, do what you feel, say what you want”. Good luck Trevor!

Trevor Michael Moran was born to Tim and Nicole Moran in Poway, California. He has a younger sibling named Blake.

Trevor officially declared himself a gay in 2015. In September 29 last year, he released a six minute music video where he openly voiced his sexuality. In another YouTube video, he declared “I did definitely try to be straight and experiment with girls – it just doesn't work.” He asserted that he had felt like he was “in a glass closet”.

It is rumored that Trevor has dated a YouTube personality and former O2L member Ricky Dillon. In November 2015, he was associated with Shane Dawson. Trevor is a good friend to Shane and is constantly referenced in Shane'sYouTube videos.

Trevor has an estimated net worth of $150,000. He has a fascinating fan following in social media: 1.4M on Instagram and 1.64M on Twitter at @TrevorMoran.