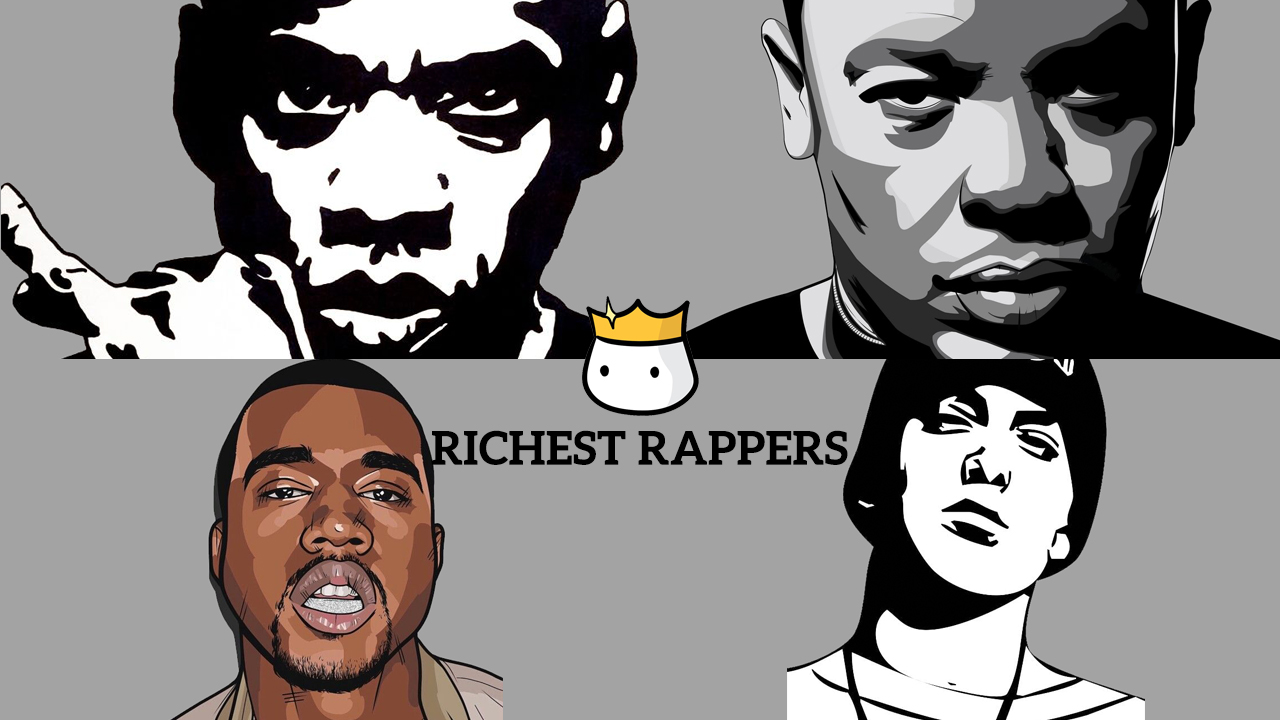 Eminem is one of the most commercially successful rappers, with more than 100 million albums sold worldwide, making him one of the richest rappers. Each artist’s commercial success does not always dictate rap beef. But Eminem and Nick Cannon’s beef has been lasting forever, and it looks like it will stay the same for some time now.

The rap icon Eminem is having fun with some of it, whereas Nick Cannon thinks he has already thrashed the Rap God. But here’s the list of the rest of the Top 10 Richest Rappers of 2020.

Dwayne Michael Carter Jr., professionally known as Lil Wayne, is one of the very few top-selling artists in the 21st century.

The 37 years old Lil Wayne, also called Weezy, sold over 120 million records worldwide, including more than 15 million albums and 37 million digital tracks in the United States, making him one of the best-selling artists. As of 2020, Lil Wayne has an estimated net worth of $120 million.

West Coast-based rapper Calvin Cordozar Broadus Jr., aka Snoop Dogg, is one of the most famous rappers.

8. One of the Richest Rappers of 2020 Pharell Williams

The highly successful recording artist/ rapper Pharell Williams is one of the few artists who has had a massive influence on the R&B and Hip-Hop worlds.

The 13 times Grammy Award Winner has had his second album, Girl, released in 2014 and reached #1 on the US R&B chart and in Australia, Denmark, Switzerland, and the UK.

Besides that, over the 46 years, the old rapper has produced and composed several movies, including the Despicable Me franchise and Hidden Figures. He is also one of the judges in NBC’s singing competition TV series, The Voice. As of today, Pharell Williams has an estimated $150 million.

So far, Drake has released five studio albums containing his Grammy Award-winning number-one single God’s Plan and the bounce-infused number one singles Nice for What and In My Feelings. The 33-year-old has won 4 Grammy Awards from 44 nominations as of 2019. As of 2020, Drake has an estimated net worth of $150 million.

With a net worth of $200 million, Percy Robert Miller, aka Master P., has a well-built business empire consisting of several rap labels, a clothing line, a management company, a high-end travel agency, and a film production and a video game company.

After having his 15 albums released, the rap mogul also embarked on a career in acting, starring in numerous movies, including I Got the Hook-Up, Soccer Mom, and Gone in 60 Seconds.

5. One of the Richest Rappers, Eminem

One of the greatest influencers, Marshall Bruce Mathers III, who is professionally known as Eminem, has an astonishing net worth of $230 million. The multi-platinum-selling rapper has won numerous awards, including fifteen Grammy Awards, eight American Music Awards, and seventeen Billboard Music Awards.

Apart from being the best-selling music artist, he has also established his channel, Shade 45, on Sirius XM Radio.

Where is Eminem’s ex-wife Kimberly Anne Scott & her children?

4. Kanye West counts as one of the Richest Rappers

Kanye Omari West, mainly recognized as Kanye West, is among the most critically acclaimed musicians of the 21st century and has a $250 million net worth. The 21 times Grammy Award Winner has had three of his albums included and ranked on Rolling Stone’s 2012 update of the “500 Greatest Albums of All Time” list.

The 42 years old West is the founder and head of the creative content company DONDA and the brand partner of Yeezy Shoes.

3. Dr. Dre and his millions of dollars

Andre Romelle Young, professionally known as Dr. Dre, is one of the Richest Rappers in the rap world, collecting an estimated net worth of $820 million. The six-time Grammy Award winner has had his debut album, The Chronic, make him one of the best-selling record artists of 1993.

Over the 54 years old, the rapper has also produced and looked over the careers of several rappers, including 2Pac, Eminem, The D.O.C., and Snoop Dogg. He has even starred in Set It Off, The Wash and Training Day movies.

2. Diddy one of the Richest Rappers

The second-richest hip-hop recording artist, Sean Combs, aka Diddy, has an estimated net worth of $855 million. His debut album, No Way Out, has been certified seven times platinum.

The three-time Grammy Award winner and the producer of MTV’s Making the Band has also starred in many movies, including Get Him to Greek, I’m Still Here and Draft Day.

With over 100 million records sold worldwide, Shawn Corey Carter, aka Jay-Z, became the first hip hop billionaire, having collected an astonishing net worth of $1 billion. The 22-time Grammy Award winner has also been honored in the Songwriters Hall of Fame.

Adding the net worth of his wife, Beyonce, the couple would have $1.5 billion, making them one of the wealthiest power couples. Apart from the music industry, he also has a clothing retailer, Rocawear, and the luxury sports bar chain 40/40 Club.

You can never know who might become the wealthiest rapper in the future. But as of now, these are the Top 10 Richest Rappers of 2020.