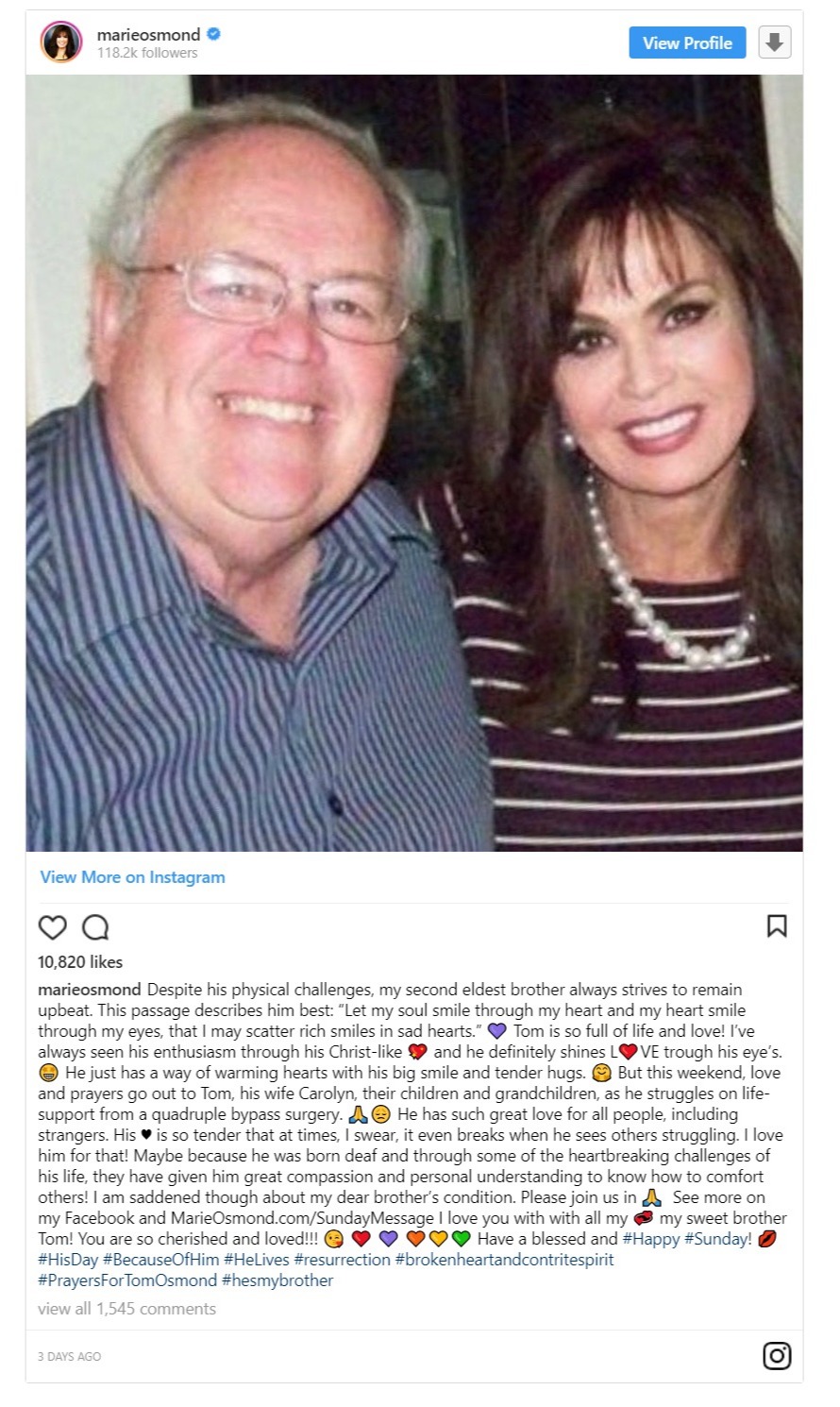 Tom Osmond, the second eldest of the Osmond brothers, underwent Quadruple bypass surgery on Saturday, July 7, and is placed on life support.

Prayers up for Tom Osmond

The Osmond family has taken to Instagram, asking fans to pray for the 70-year- old. Donny Osmond posted a picture of him with Tom on Tuesday and wrote in the caption,

As you may know, my brother Tom underwent quadruple bypass surgery on Saturday. He is on life support right now and fighting to hang on. It’s been an emotional and challenging few days for all of us, so I hope you’ll understand the radio silence from my end.

Marie Osmond also shared a post on Instagram full of praise for her elder brother. She wrote,

Despite his physical challenges, my second eldest brother always strives to remain upbeat. This passage describes him best: “Let my soul smile through my heart and my heart smile through my eyes, that I may scatter rich smiles in sad hearts.”

Alan Osmond’s son, David Osmond, shared a post from Marie on Twitter and let fans know that he and his family are praying for Tom’s health. Alan had also posted a message on Facebook a day before Tom’s surgery.

Tom was born on October 26, 1947, to George Virl Osmond and Olive May, as their second child. He and his elder brother, Virl, were born with hearing impairment. Their younger brothers started a band to help them purchase hearing aids. The band later became famous as The Osmonds or The Osmond Brothers.

Everything about Osmond’s member Marie Osmond

Tom is married to Carolyn and parents four children with her, including two children from Carolyn’s previous relationship. He was previously married to Lyn Heslop, with whom he had five children.

Get Well Soon, Tom! We pray for your speedy recovery.