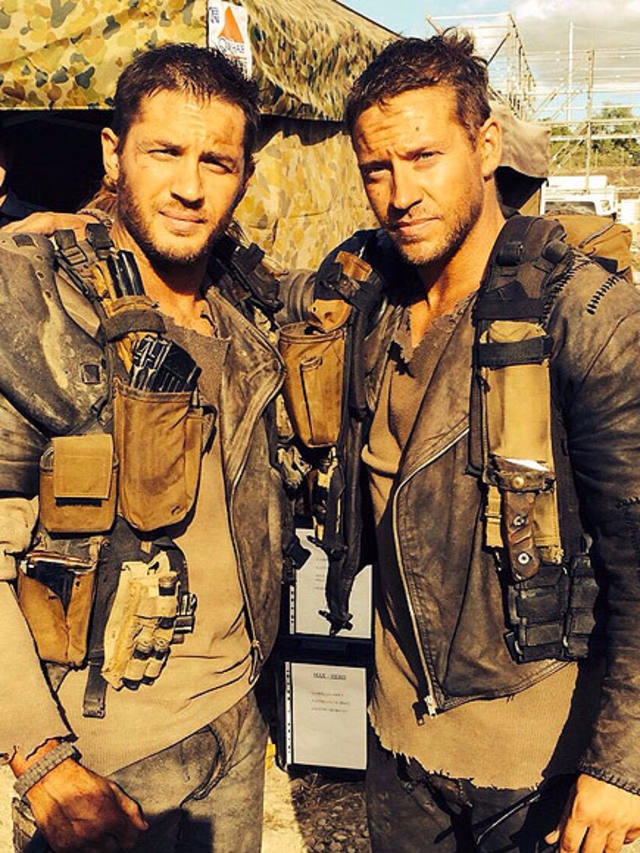 It’s rare for a celebrity and their stunt double to look very alike. But Tom Hardy’s stunt double in Mad Max: Fury Road is a dead ringer for the actor.

Stuntman Jacob Tomuri shared a picture of himself with Tom in same hairstyle and beard as they filmed the 4th installment of Mad Max franchise. He also shared another picture, in which the pair sported full beards and seemed identical.

Jacob doubled Tom in two more movies, including Legend and The Revenant. He performed stunts in all of three films of Lord of the Rings trilogy and also did regular stunt work in 2008 ABC series Legend of the Seeker.

Everything to know about Tom Hardy