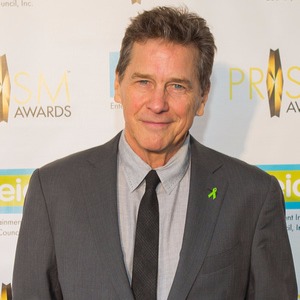 Matheson, twice an Emmy nominee for playing a vice president on ‘The West Wing’ states that he not only learned a lot about the 40th president Ronald Reagan while filming the movie but also developed a new respect for him.

An actor and a prolific director, who’ll extend his television politics career when he takes a role of an aspiring senator on FX’s much-awaited drama ‘Snowfall’, about early days of cocaine epidemic in Los Angeles in 1980s, also talked to the press about Reagan’s presidential fitness.

Sharing how he understood Reagan while filming the movie, he said “I wasn’t politically affiliated with Reagan and what he represented, but coming away from it, I was enlightened and ennobled I think, because often times I tend to make the mistake of judging people by their politics. I found totally not true with him. That he was a very spiritual man.”

Visiting with @TheDoctors, tomorrow AM! Lively discussions, plus preview of KILLING REAGAN! pic.twitter.com/7tabKSgNsy

Being close to Reagan during Killing Reagan’s filming, Matheson came to know that Reagan was a humble man, who put the country before anything and even himself, which was the main reason why he’s so effective during his presidential tenure. It is the main thing that increased his respect towards Reagan.

The filmmaker and star said, “He was the right guy in the right place at the right time.” Matheson has brought Reagan alive in Killing Reagan. The star of the upcoming movie nailed the diction and bearing of the 40th president.

Kicked off his acting career at a tender age, now, 68, Matheson has worked tirelessly in numbers of Hollywood movies, including his stint as the original voice of Johnny Quest on classic animated Hanna-Barbera series. He has maintained a thriving showbiz career into adulthood with major turns in movies like ‘Up the Creek’, ‘National Lampoon’s Animal House’, ‘Fletch’, ‘Up the Creek’, etc.

Later, the born actor found prominent roles on small screen, most notably a recurring role as Vice President John Hoyne in ‘The West King’, and more recently, on ‘Hart of Dixie’ as doctor Brick Breekland.