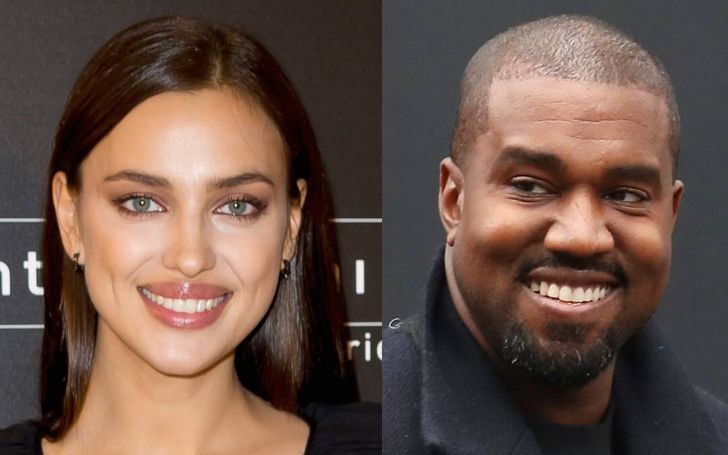 It comes with no surprise that Kanye West found a new lady. Moreover, the talented Irina Shayk became to talk of the town in the second half of 2021. After dating a few months, West and Shayk decided to break up.

Back on August 21st of 2021, the duo decided the walk a separate path. Although their relationship was brief, both parties kept a tight lip regarding their affair. But, the ex-lovers seem to be on good terms.

When did Kanye West and Irina Shayk Start Dating?

Kanye West and Irina Shayk started dating in the summer of 2021. Moreover, they first started going out four months after West and Kim Kardashian officially separated. What’s more, Kim seemed to be supportive of the relationship.

The reality TV star further stated, Kanye is a wonderful man and father. And thus, Kim did not mind the Yeezy creator dating other women. Similarly, the couple kept things under the wraps and dated for a couple of months.

Although things went smoothly for the former lovebirds, Kanye and Irina later decided to call it quits. Furthermore, the couple may have ended their relationship; they still hold a friendship.

Still Tight After The Break Up

Kanye and Irina started their fling back in June of 2021. However, as we advance a bit, they ended their love affair in August of 2021. Furthermore, many valid online sources like the People, US Magazine, Glamour, and others stated the rapper and the model never intended things to get serious.

Irina Shayk and Kanye West already broke up, but they still hold each other positively. What’s more, Shayk further explained to the media regarding the break-up. She stated that West being a hands-on parent to his children, it was better not to have any serious relationship.

The Russian supermodel remains vague about the whole ordeal, however. Besides, Irina neither denied nor confirmed anything about the fling. What more, she further stated, “tomorrow there is going to be a rumor that she could be dating her doorman.”