Skip to content
Home » Entertainment » What is “Her Deepness” Sylvia Earle doing in 2018?

What is “Her Deepness” Sylvia Earle doing in 2018? 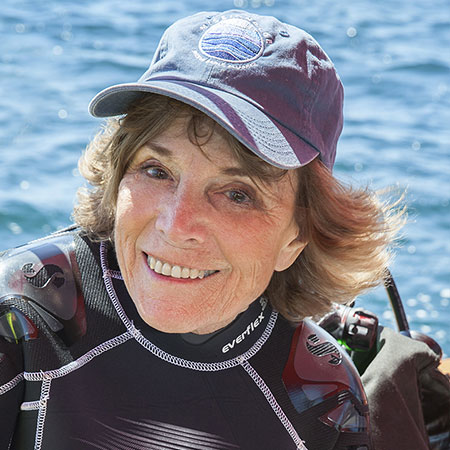 Sylvia Alice Earle is an American marine biologist, author and explorer known as “Her Deepness” for her work in oceanography.

In 1998, she was honored as the first Hero for the Planet by Time Magazine. She held the record of deepest untethered dive.

She was born in 1935, in Gloucester County, New Jersey, to Lewis Reade and Alice Freas Earle.

She was interested in nature from an early age as her parents loved the outside world and let her be close to nature.

When her family moved to Florida, she got the opportunity to be acquainted with living things nearby seagrass beds and salt marshes.

While she was majoring in botany from Florida State University, she learned SCUBA diving. She graduated in 1955.

She graduated from Duke University with a masters of science in botany where she did her thesis on algae in the Gulf of Mexico.

After she completed a doctorate of phycology, she worked at Harvard University, and Cape Haze Marine Laboratory.

In 1970, she led an all-female team of women aquanauts to explore marine life and deepwater habitats as a part of Tektite II experiment.

She set a women’s depth record of 381 meters in 1979 by diving with a JIM suit to the ocean floor near Oahu, Hawaii.

She also designed the submersible Deep Rover, with an engineer, Graham Hawkes, which can reach 3000 feet beneath the surface of the ocean.

She has served for many organizations like National Advisory Committee on Oceans and Atmosphere, National Oceanic and Atmospheric Administration (NOAA), National Geographic,  Marine Conservation Institute, and many more.

In 2009, she was awarded a TED Prize and launched Mission Blue with TED’s support. It helps establish marine protected areas around the globe.

She has earned multiple awards and honors like Carl Sagan Award for Public Understanding of Science, Society of Woman Geographers Gold Medal, National Women’s Hall of Fame from  Library of Congress Living Legend and many more.

She has over 150 published works which aim to spread knowledge about the ocean and marine life.

She won Rachel Carson Prize and Lewis Thomas Prize in 2017.

She is actively involved in preserving ocean life and often posts alarming messages about ecosystem in her Facebook page.