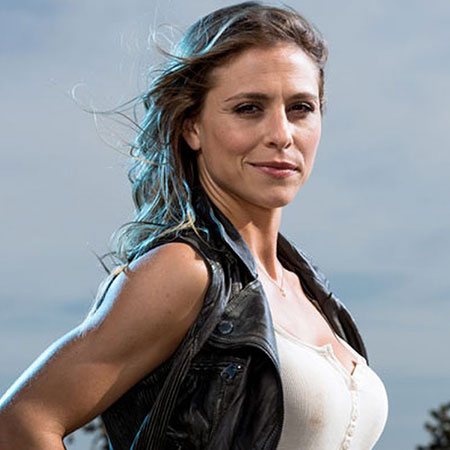 Erin Ryder is an American TV host, producer, explorer and photographer best known for her work in the SYFY TV series, Destination Truth.

She was born on August 14, 1980, in New York City and graduated in communications and computer applications from Cortland University.

She began her career by producing teases, promos, and bumps for the 2004 Summer Olympics Games on NBC, in Athens, Greece.

In 2005, Erin moved to Los Angeles to pursue her career in television and landed a job as a field producer on MTV series, Final Fu.

She has produced numerous TV shows, including ‘Ego Trip’s The (White) Rapper show,’ ‘Crash Course,’ ‘The Othersiders,’ ‘Dude, What Would Happen’ and ‘The Supernaturalist.’

She appeared in the SYFY TV series, Destination Truth, as a producer and team member from the second season to its final season.

In 2012, she produced the Nat Geo series, Chasing UFOs, where she and her team would investigate UFO activity across the USA.

Erin produced and starred in the Universal Studios web series, Myth Explorer, which was launched to promote the amusement park, Skull Island: Reign of Kong.

But the rumors vanished after Josh tied the knot with Hallie Gnatovich on September 13, 2014.

Though she posts multiple pictures of herself with Brian Leavell, we can assume that she is happily single and is traveling the world by herself.

Erin recently shared a picture of herself and her group of friends spending time in a disco.