Skip to content
Home » Entertainment » 10 Unknown Steven Seagal facts : No.9 will surprise you!

10 Unknown Steven Seagal facts : No.9 will surprise you! 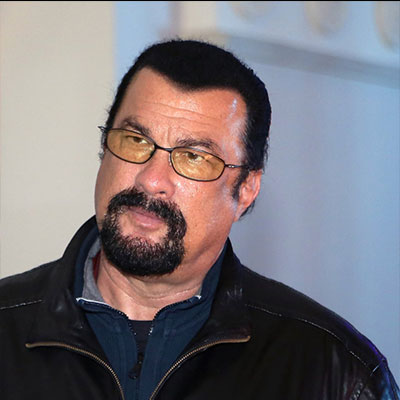 A 7th-dan in black belt in Aikido, Seagal is famous for his movies like Under Siege, Above the Law and Hard to Kill.

Here are some facts you probably did not know about this Aikido master.

According to many co-workers like John Leguizamo and Stephen Tobolowsky, working with Seagal is an absolute nightmare.

according to Penor Rinpoche, Supreme Head of Nyingma School of Tibetan Buddhism.

He infamously claimed that he taught moves to some of the UFC championship fighters, namely, Anderson Silva and Lyoto Machida.

He once paid $700000 to the gangsters that producer Julius R. Nasso hired to blackmail him.

In an episode of Steven Seagal: The Lawman, he raided a cockfighting suspect’s house with a tank and armored vehicles.

The police found 100 roosters in the house which they decided to euthanize later.

He also has citizenships of Russia and Serbia and is very close to the Russian president, Vladimir Putin.

In May 2017 Ukraine banned Seagal for five years after he admired Russian aggression in the Crimean peninsula.

This may come as a surprise, but Steven is a vegetarian and loves animals.