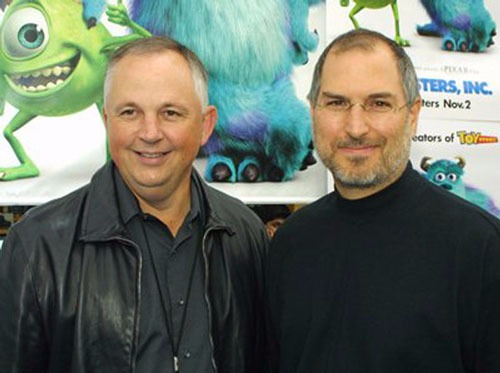 Steves Jobs, who led the Pixar Animation Studios from 1986 to 2003 under contract with Disney, was searching for new partner to distribute it’s films in during the 2003-2004. Then, after Michael Eisner, with whom Jobs couldn’t negotiate to renew the contract was replaced by Bob Iger as CEO of Disney and Pixar merged with Disney in 2006. Since then, John Lasseter has been serving as the chief creative officer at at both Pixar and Disney.