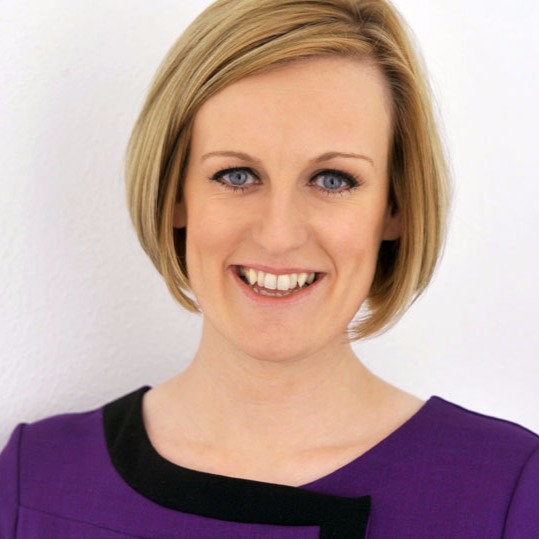 This popular journalist has already celebrated her 34th birthday. She took birth on 31st May 1982 as Stephanie Rose McGovern in Middlesbrough, North Yorkshire, England. Brought up in Middlesbrough, Teesside, she was sent to Kader Primary School. Later she attended Macmillan City Technology College.

At the start of her studies in 1998, she won Arkwright Engineering Scholarship for her potential to be engineering industry’s leader in future. To be noted, she was awarded as Young Engineer for Britain at the age of 19 for saving Black & Decker 150,000 pounds a year by improving the techniques for the production of Leaf Hog product.

Stephanie was an alumna of University College London, where she majored Science Communication & Policy. Her first work experience was at BBC on the program Tomorrow’s World before landing a part-time job as a researcher in the current affairs. After serving on Radio 4’s program Today as the main producer for financial news, she became the lead producer of business news on One, six & ten O’Clock BBC News bulletins. Her journalism career obtained a breakthrough in 2012 when she started working alongside Roger Johnson on program BBC Breakfast.

The British talent isn’t only a journalist but is also an avid Irish dancer. Being former Irish dancing champion, she still attends international competitions but as a coach.

Though she has already reached her mid-30s, she isn’t reported to have shared romantic bliss with any guy till date. She might have been in secret relationships in the past but no information about her relationship history has surfaced in the media. Maybe Steph is busy shaping her career.

However, once the news of her pregnancy had hit the tabloids and finally ended lacking the authenticity. The 34-years-old bombshell having super-model like height of 6 feet and 1 inch is still believed to be single.

Over the past ten years, she has reported from all big financial events across the world. In June 2016 it was announced that she will be joining BBC Autumn and also will appear as a co-presenter of Can Britain Have a Pay Rise? alongside James O’Brien.