Skip to content
Home » Entertainment » Pete Wentz and his wife Ashlee Simpson Divorce reason. Take a look at his net worth & height!

Pete Wentz and his wife Ashlee Simpson Divorce reason. Take a look at his net worth & height! 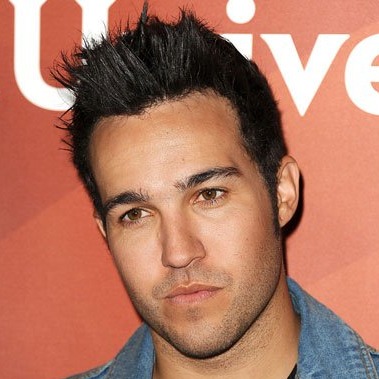 Pete Wentz divorced his then-wife Ashlee Simpson in 2011. While Pete’s current girlfriend is Megan Camper & looking at his huge net-worth of $10 million, the yet-to-wedding is sure to be luxurious.

A well-known proverb goes as “A happy marriage is the union of two good forgivers”, but keeping a marriage together depend on the commitment, bond and love between a man & wife. No matter how long one individual is married to another, the nuptial will eventually fall apart if the heart of two doesn’t get along. Seemingly, this reminds us of Pete Wentz and Ashlee’s divorce. Let’s find out why.

It’s going to be almost five years since Pete & his then-wife Ashlee pulled the plug on their marriage, but looking back at their romantic history, they really made a good couple. Back in 2006, the love story began, with the confirmation of engagement in April 2008 & wedding in May that year.

However, in February 2011, Ashlee filed for divorce, asking joint custody & spousal support, and their divorce was finalized in November of that year. Pete and Ashlee’s divorce, the highly published event of 2011, created quite a long media buzz.

Watch Pete talk about his divorce with Ashlee in the video below.

Once, we all thought Pete and Ashlee would be together “forever”, meanwhile life is uncertain. When questioned about the reason behind the divorce, an irreconcilable difference was cited but later report revealed that Ashlee believed that they were “married too young”. On that note, Pete didn’t want the divorce. And insiders claim that divorce was too hard for Pete.

Later Pete said that he was happy eventually, that both of them have found love again, as Ashlee is happily married to Evan Ross and Pete is busy parenting his second son Saint Laszlo with his long-term girlfriend Meagan.

Praying for Paris. Raise your children to be the light this world needs to see. Love each other.

Pete’s current girlfriend Meagan Camper is quite a bombshell. They have been together for three years, & they’re still so in love. Pete and Meagan together welcomed their son named Saint Laszlo in August 2014, meanwhile he has a six-years-old son named Bronx Mowgli Wentz (born in 2008) with Ashlee.

Pete Wentz, an American artist for rock band “Fall Out Boy” has garnered an immense net worth of $10 million dollars, through his career as a musician. Career spanning from the 1990s, Pete has stunningly managed a stable career, which equally helped him earn grand net worth & worldwide popularity.

Venturing out from a musical career, he has opened a clothing line named Clandestine Industries, had hosted TV show “Best Ink” & as well as runs film production company called Bartskull Films & bar named Angels& Kings, on the side.

Pete Wentz is divorced from his then-wife, Ashlee Simpson, and hopefully, will be marrying his now-girlfriend, Meagan Camper, anytime soon. The globally renowned music artist has an accumulated net worth of $10 million.