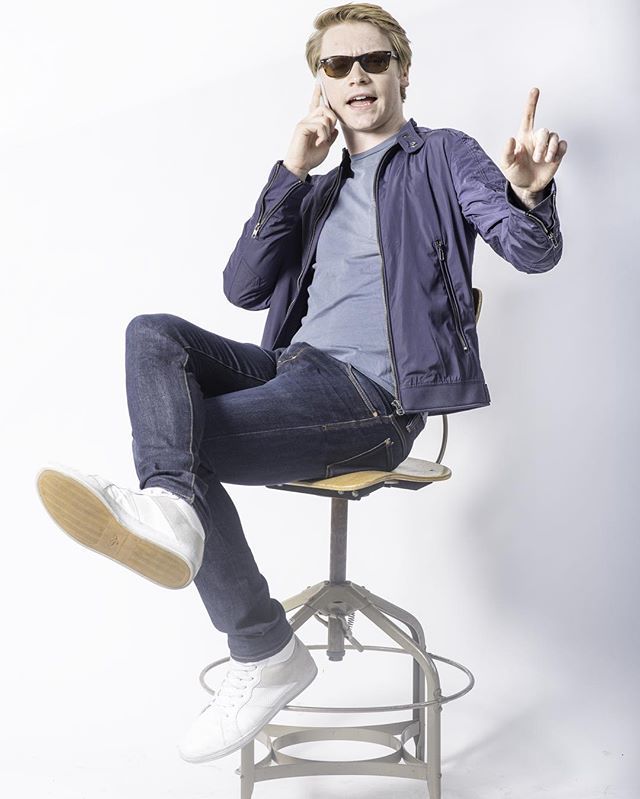 Calum Worthy and his girlfriend, Celesta Deastis have been dating since 2015. The lovebirds have repeatedly expressed their love for each other through Instagram. Calum’s Instagram also gives glimpses of his family.

Calum Worthy showers love to his girlfriend on Instagram!

Luckily for his fans, Callum has been very open about his romantic relationships thus, there has been no need to dig deep.

Calum Worthy and Celesta Deastis became official in 2015. Celesta being a Disney actress as well, many supporters consider them as a match made in Disney heaven.

Calum’s instragram is filled with romantic posts and lines dedicated for his girlfriend. Calum has not failed to shower his love to Celesta even on social media.

Happy Birthday @celestthebest0x! I hope your day is filled with happiness, laughter, and a certain Canadian Ginger. Also… @johnstamos! Are you checking out my girl?

They go out on dates, celebrate holidays and buy gifts for each other. How do we know this? Its all over their instagram profiles!

Recently, Calum even posted a collage with Celesta to celebrate national girlfriend day. Speaking of public display of affection, this may come sometimes come off as cheesy but it is definitely something their fans must be jealous of.

#HappyNationalGirlfriendDay @celestthebest0x! Thank you for saying “yes” when I asked you on a date for Italian food.

The Canadian actor, writer and producer rose to fame while playing the role of Dez on the Disney Series ‘Austin & Ally’. Being a Disney actor, Calum has had many young fans who have speculated his performances and even his romantic affairs.

Apart from Calum Worthy's 'Austin & Ally' family,here isn’t much information about his family on social tabloids. Most of the attention has only been directed to his professional life and romantic relationships.

Fortunately, Calum has also posted pictures with his mother, father and cousins time and again on his Instagram giving us glimpses of his family.

Happy Birthday to the best Mom in the world! Thank you for doing everything you can to make my dreams come true. And thank you for taking care of my imaginary friend Pete when I'm in LA. I love you, Mom

Callum has shown his love, appreciation, and respect for his parents multiple times especially on days like Mother’s day or Father’s day. He has also made sure to wish them on their birthdays with a picture with them.

Calum Worthy is a young and talented personality who has been constantly loved by his fans. Unlike other celebrities who like to keep things private, Calum has been his true-self and openly expressed himself in front of his fans.