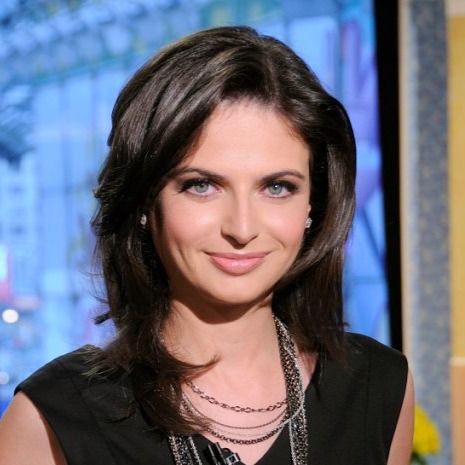 Bianna Golodryga, the popular Yahoo financial anchor, married her boyfriend Peter R. Orszag in 2010. Bianna and her husband have a son together. Peter also has children from his previous marriage.

Bianna is Peter’s second wife. Bianna first met her husband to be in 2009 White House Correspondent Dinner. Apparently, when Bianna and Peter started going out, Peter was still in a committed relationship with his ex-girlfriend Claire Milonas (Kennedy).

Not only that, only six weeks before Bianna announced her engagement with Peter, had Claire given birth to Peter’s daughter.

Bianna is a financial journalist while Peter is a former white house correspondent, currently working in a managerial position at Lazard. Bianna worked as a successful ABC anchor for seven years. She appeared in popular ABC shows like “Good morning America”, “Morning Joe” and “Way Too Early”.

In 2014, she joined the Business and Finance department in the Yahoo. Alongside an extensive TV fame, Bianna gets to accumulate a net worth of around $3 million through her current job.

On the other hand, Peter is the former Director of the Office of Management and Budget for the Obama administration. Currently, Peter serves the Lizard as the Vice Chairman of Investment Banking and Managing Director. In addition to this, he contributes to Bloomberg View and has published few best sellers including “Taxing the Future: Fiscal Policy in Bush Administration”.

Peter earns an annual income of $4 million. Probably a selling point for his previous “serious” relationships! The couple, with net worth of $7 million, between the two can certainly afford four child cares.

Can't believe it's been 6 years since I first met this guy! #happyanniversary! #nerdprom

Bianna Golodryga and Peter Orszag have a very adored son

Bianna gave birth to their first child in 2012, a year after the wedding. Their first baby, a boy, was named Jake Spencer Orszag. The couple, despite their individual pasts, seem to take enough time out of their day for their adorable son. They are spotted playing adventures and taking vacations with their son.

Bianna’s marriage to boyfriend-turned-husband is amicable and prosperous. Bianna Golodryga has been able to manage her career alongside her family.