So in love but not yet married! Taylor Kitsch and his to-be wife Rachel McAdams are taking their relationship a step further. Flick through his shirtless pictures 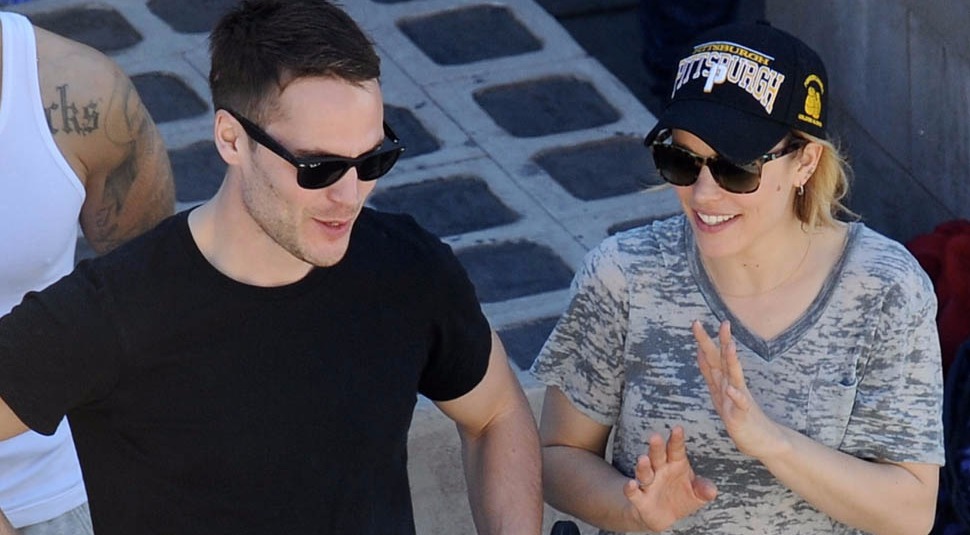 Taylor Kitsch, who appeared shirtless in HBO series – True Detective, has been together with his co-star, Rachel McAdams, in real life since past several months. Believing Rachel as his to-be-wife, fans are awaiting to see them as a married couple.

Popular couple on-screen, Taylor and Rachel are dating quietly for several months. However, that is not stopping the famous pair from taking their liaison status to next level.

As per some sources, they are practically living together. They are together all the times, like while brunching & going to gym. More to that, Rachel loves preparing food for her boyfriend even though she is not the best in the kitchen.

The actor and actress both running in their thirties are smitten by each other. According to an insider, Taylor established a cordial relationship with Rachel’s mother, Sandra that made Rachel happy.

Rachel’s close rep revealed that the duo does share familiarity with each other as they’ve been friends for years. They grew closer after working together on-screen.

The duo’s dating rumors sparked after both were spotted dining together at Osteria Mozza in West Hollywood in last June. Even if it’s not been so long, the pair seemed like serious. Firstly both of them denied the rumor.

At that time, various gossip sites claim that that the couple indeed was on the date together but later on decided not to continue their relationship because both can’t figure out a way for long-distance relationship.

It’s not the first time, the blonde beauty has been linked to her co-star. Among the several, her most famous bonding was with her The Notebook co-star Ryan Gosling. Next was with her Southpaw co-star Jake Gyllenhaal.

McAdams has attempted keeping a low profile through the years when it comes to her personal life and relationships. She has often been kept in the gossip floor rumored for having a relationship with several guys. However, she hasn’t come up admitting the rumors. Hope, this time, she is really serious.

During the 2nd season premiere of HBO series True Detective, Taylor gave fans quite a treat. To see his exclusively hot shirtless body, better not miss the first episode. He showed off his muscular body & pert posterior physique also sporting few intense scars that covered almost half of his body.

Taylor Kitsch and Rachel McAdams tried to keep their liaison status secret but they failed in their attempts.But admirers are trying to know when they will get married. Taylor Kitsch’s shirtless appearance in the premiere episode of True Detective’s 2nd season made his fans go wow.