What is ‘Alaskan Bush People’ Snowbird Brown Doing in 2018? 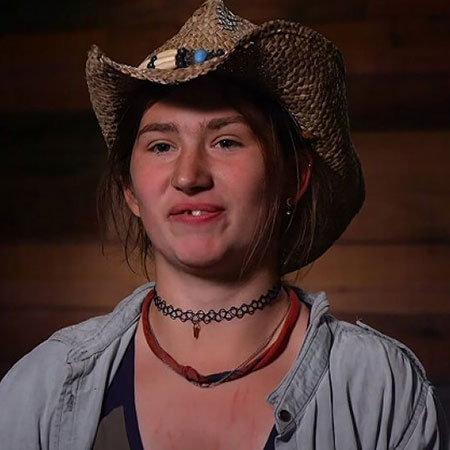 The sixth child of the Brown clan, Snowbird Brown is the first daughter of Billy & Ami Brown from the ‘Alaskan Bush People.’

Often referred to as Snowbird Brown, Amora got her mainstream popularity after appearing in the show.

Her birth had left the whole family delighted as thinking that they finally got to have someone soft in the family.

Her brothers had dreamt of having a sister to watch over and take care of, but the plan didn’t work out.

She grew up as an independent child, never baiting her parents, instead. She had developed a love for the outdoors in her early days.

When her family stay at the mountain valley for filming, she prefers climbing mountain and enjoying deer hustle.

However, she isn’t passionate about hunting that her parents have been doing for years for their living.

Her parents say that she is meticulous about everything having a place, and everything being in its place.

As of now, she has started to take a liking to navigation and works on the deck, baiting and icing fish onboard.

She loves the sea. However, talking about priorities she prefers the forest of Alaska over the deep oceans.