Skip to content
Home » Entertainment » Where is Auction Hunters’ Clinton Jones? Net Worth in 2018

Where is Auction Hunters’ Clinton Jones? Net Worth in 2018 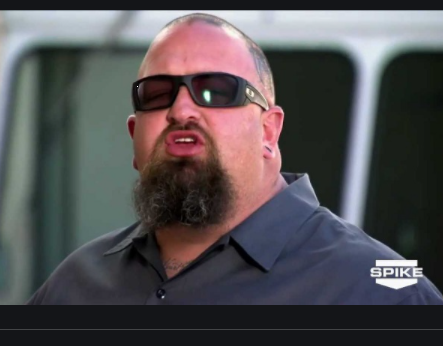 Born on August 11, 1978, in Antelope Valley area of Southern California, Clinton is a class of 1996 graduate of Quartz Hill High.

He describes himself as a hobbyist who enjoys hunting, fishing, and collecting knives, swords, guns, old currency and jewelry.

Based on his extraordinary talent and passion for collecting, Clinton was offered Spike TV’s reality series, Auction Hunters.

The show followed Jones along with Allen Haff, as they participated in storage unit auctions throughout Southern California & around the US.

The show that premiered on November 9, 2010, leveled up its every season with their horizons expanded to more than just storage unit auctions.

The series, however, got called off on May 9, 2015. Clinton has not been active in the show business since then.

His day to day life is somewhat similar to what was presented in the show.

He is now busy with manufacturing & selling guns. Some of his products have been featured in Airforce Airguns.

He rescues wildlife including reptiles, snakes and mountain lions. He spends most of his time hunting the wild boars.

He has been married to Ivi Jones since 2016. They have a son from their marriage.