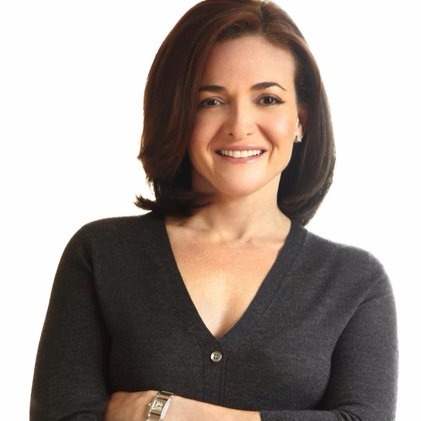 Sheryl Sandberg has also been in the news for publishing her bestselling book, Lean In. The book has encouraged all women to achieve success in their careers and their personal lives as well.

She also talked about single moms in her Facebook post on May 1, 2016, on the occasion of Mother’s Day. Check out this video where sheexplains how women can combine work and family.

Sheryl has always been supportive to women who are working for good cause. Just a week ago. she had LeanIn Facebook interview with Dr. Jane Goodall where she talked aboutrevolutionary research on chimpanzees and the importance of taking care of animals, each other, and the Earth. Check out her Instagram post.

Such an honor to meet the great Dr. Jane Goodall today. Watch our #LeanInLive interview on Facebook to hear about her revolutionary research on chimpanzees and the importance of taking care of animals, each other, and the Earth.

Truly, Sheryl has handled both her personal and professional in an outstanding way. Even after a divorce and her second husband’s demise, she is still heading strong. She is a woman who has inspired all single moms to advance in their career. We wish more success and achievement to Sheryl Sandberg in her future days.

Sheryl Sandberg, Chief Operating Officer of Facebook, has married twice. Her first marriage life ended with divorce and second spouse, Dave Goldber demise because of a head traumain 2015. She is a mother of two children, a son and daughter. Sheryl has been inspiration to people holding dual responsibility as mother and technology executive. Mother of two children, Sheryl has been an inspiration to all people whoare balancing their career with parenthood.

Sheryl married her first husband, Brian Kraff when she was 24. However, her first marital life experience didn’t go well. It lasted for only a year and ultimately ended with divorce.

In 2004, she got wed to Dave Goldberg, CEO of SurveyMonkey. Sheryl has two kids, a son and a daughter from her second marriage.

Her second spouse, Dave died on 1st May 2015, because of a head trauma. The dismal incident took place while they were vacationing in Mexico.

Goldberg fell from a treadmill which eventually took his life. Later it was found that he was suffering from cardiac arrhythmia which led him to the tumble from the treadmill. A year back in 2015, she talked about her hubby Dave's untimely death on ABC News. Have a look on the video.

Sheryl is presently living in Menlo Park, California with her two children. Since her husband's death, she has been taking the responsibility of her kids as a single parent.

Sheryl is also giving equal time to her work. Presently, she is working as Facebook's Chief Operating Officer. Along with this, she is also the founder of the non-profit organization, LeanIn.Org.

Sandberg was elected as one of the boards of directors of Facebookin June 2012 which made her first women ever to serve on the board of Facebook. That year, she was included in the yearly list of 100 Most Influential People by Time Magazine.

Before Facebook, Sheryl worked at Google's Global Online Sales and Operations as the Vice President. In 2015, she was reported to be worth more than a billion dollars.

Sheryl has truly been an inspirational figure who is taking dual responsibility as a mother and the COO of Facebook. Three weeks back, she visited CBS News show CBS This Morning where she talked abouthow 4 million advertisers,the majority of which are small and medium sized businessesare using Facebook to grow and reach new customers.

Great conversation with the @cbsthismorning team on how 4 million advertisers — the majority of which are small and medium sized businesses — are using Facebook to grow and reach new customers. We also discussed the findings in this year's @leaninorg @mckinseyco Women in the Workplace study and why women face disproportionate pushback when they #LeanIn.