Skip to content
Home » Entertainment » Who is Charles Krauthammer’s wife? Know about his married life and children 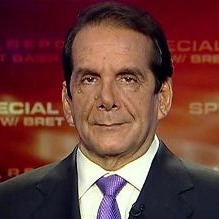 Charles Krauthammer has been married to wife Robyn Krauthammer for more than four decades now. Charles and Robyn have been each other’s greatest support and have led a beautiful life.

Who is Robyn Krauthammer?

The award winning-columnist and political commentator’s wife, Robyn is an artist. She is a painter and sculptor, who is also a co-founder and the CEO of Pro Musica Hebraica. Charles is also one of the co-founders of the organization, where he is also the Chairman of the Board.

Robyn’s immense love for Jewish classical music and her desire to expose to the world the richness of the music led her to establish Pro Musica Hebraica. The organization has, since its founding days, been “dedicated to bringing neglected Jewish music to the concert hall.”

Robyn Krauthammer Biography – Everything to know about Charles Krauthammer’s wife

How did Charles Krauthammer become paralyzed? More on his brother Marcel’s death

Charles Krauthammer and wife Robyn are proud parents of a son

Charles and Robyn are parents to an adult son named Daniel. He is in his early 30s at present. Daniel is also a writer who writes articles for Weekly Standard.

Daniel was born to his parents eleven years after their marriage. His birth details have not been shared with media.

During an interview with Hugh Hewitt where they discussed his book Things That Matter, Charles said, “I used to carry him [Daniel] around The New Republic when I worked there when he was very small, and Rick Hertzberg, the editor, used to call him Xerox. There are pictures of us in our early 20s where I defy you to say which is his and which is mine.” “But he has the sharpest, most brilliant mind, sharper than mine, and I’ve always said that,” he continued.

Charles said Daniel has always been challenging but not in an aggressive way. He also said that his son is an excellent writer.

Daniel is an economist, who first studied economics at Harvard and then at Oxford, the same college where Charles and Robyn had met forty-something years before. Daniel is, however, more inclined towards fictional writing at present and is concerned about becoming a screenwriter.