Sherri Shepherd’s weight loss landed her in the limelight 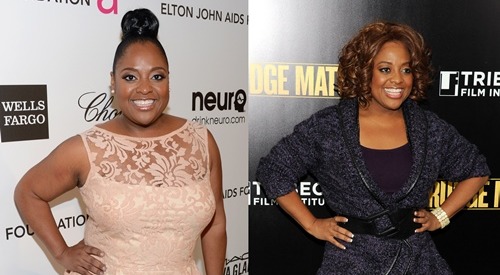 A super successful diva in her profession, Sherri Shepherd made the headlines in 2013 after she lost 40 lbs from her 197 lbs body. A foodie and type 2 Diabetes patient revealed that regular exercise not only helped her overcome her weight problem but it also helped her fight against Diabetes.

“Diabetes has forced me to make exercise a part of my daily life. It just really changed my entire way. I’ve been eating and living and that’s actually a good thing” the actress said speaking about her diabetes problem.

Following the doctors advice the actress maintained strong diet rules and exercises which helped her not only to loose weight but also fight against diabetes. In an attempt to battle her health issues she used an orthodox, eating before going out on dinner.

Providing further insight to her technique the actress said “I tell people eat before going out to a restaurant. A lot of times you go to a restaurant, and you are so hungry. I eat before I go, cause the point is to have a great conversation. So, I’m already full and that helps me”.

Additionally, the actress continuously has undergone Salsa dace for more than two years, be it in home or in dance classes. Push-ups and Lunges also had a huge hand in the change of her body shape. Recently the actress lost further 20 lbs and she currently weighs around 76 kg and stands tall with a height of 5.1 inches.

An author and a business woman, Sherri Shepherd is professionally a successful women. She released her first book in October 2009 tiled Permission Slips: Every Woman’s Guide to Giving Herself a Break. Besides that she also co-wrote the 2013 release Plan D: How to Loose Weight and Beat Diabetes. In addition to that, her business credits include the wigs line she owns.