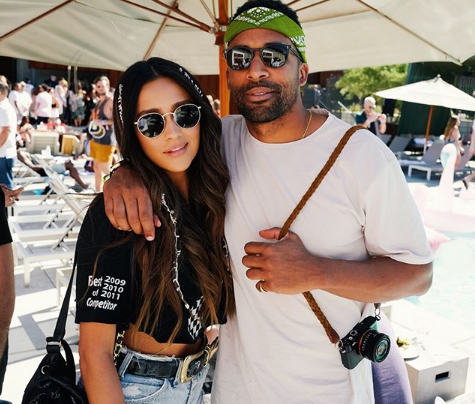 While the Pretty Little Liars star doesn’t need any introduction, here’s everything you need to know about the father of Shay’s baby girl, Matte Babel.

Matte Alexandro Babel was born on October 13, 1980, in Toronto and spent most of his childhood with his family. The information regarding his parents or siblings remains out of reach.

Matte graduated from Wilfrid Laurier University with double honors in Sociology and communications and minors in Business and Geography. He also played varsity football and basketball. During the 3rd year of college, he managed to play professional football in Europe.

The career of Matte Babel

After graduating, Matte worked for a Canadian cable specialty channel, Much Music and on a live, national, daily TV show, Much on Demand (MOD). During his time on the show, he invited various notable celebrities, including Tom Cruise, Usher, Jay-z., Pink, and 100 others. On top of that, he used to host an array of special programs like [email protected], Entertainment Tonight ( ET), and Live Earth.

After the successful launch of CP24 Breakfast, he became the co-host of a 30 min daily national music news program. He also served in Entertainment Tonight, The Insider, and TVone.

Other Works of Matte

The 38-year-old also hosts a national Primetime competition, Canada Sings. He also participates in various conferences as an expert panelist in the Canadian Music Week, The Urban Music Association of Canada and North by Northeast Music Festival.

Besides that, he is also a member of the National Speakers Bureau, where he talks about youth, education, generation gaps, and new media.

Matte Babel and Shay Mitchell have been dating since late 2018. They initially met through a mutual friend in LA. The couple kept their romance as quiet as possible for almost two years.

In 2018, Shay shared her first footage with Matte in the Youtube Trailer for her upcoming series, Almost Ready, in which she shared her excitement and fear of becoming a mother with Matte.

Unfortunately, their happiness did not last long as the 14 weeks pregnant; Shay suffered a miscarriage. Shay took the news to news to Instagram to share the unfortunate event and said, “The support and affection that so many of you show me lifts me during even my darkest days, one of which happened last year after I miscarried and lost the child of my hopes and dreams.”

On June 28, 2019, the Pretty Little Liars star announced her pregnancy through Instagram. Moreover, the post showed a picture that featured her baby bump. Likewise, the actress wrote, “Does this mean I’m allowed to drive in the carpool lane at all times now?”

Four months after uploading picture 9, the couple welcomed their first baby girl on October 20, 2019. The 34 years old actress uploaded a photo on Instagram, where she is seen holding the tiny fingers of her baby.

The 38 years Afro-Canadian Matte has a very well-maintained active Instagram account. With more than 10,000 followers, he shares pictures of his professional and personal life. He keeps adding pictures of his long-term girlfriend, Shay and baby girl.

Besides that, he also has a picture with singer/rapper/songwriter Drake. He is friends with Drake and is currently working with him on his record label, Dream Crew.

While his spouse, Shay, is $6 million, as of 2019, we cannot precisely estimate his net worth.
Matte currently lives with his old-time girlfriend and new mommy, Shay Mitchell, with his brand new baby girl.