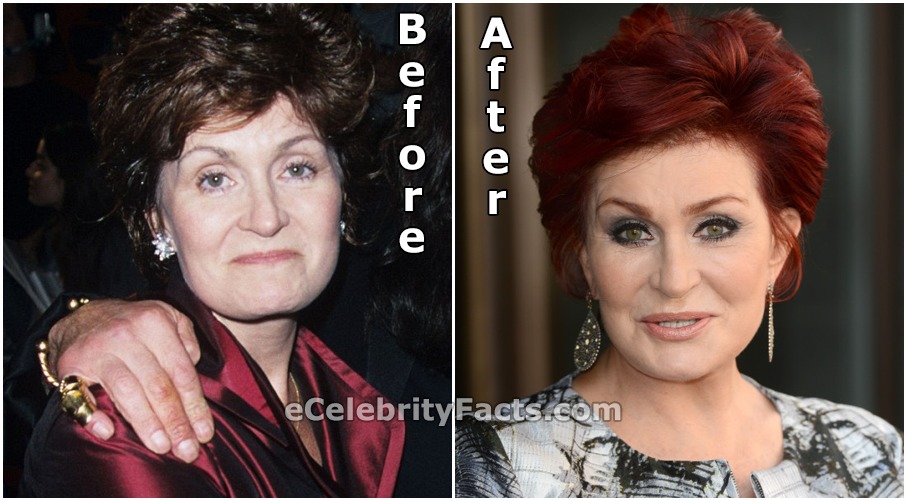 Sharon Osbourne is one among the very few celebrities, who have been open about their plastic surgery. Not only that, she has also confessed about how many procedures she has had over the years.

But now, the 64-years-old TV host has stopped going under the knife.  In 2013, she said that she has had a lot of work done but not as much as to look awful like Jocelyn Wildenstein.

She has admitted to having extensive cosmetic surgery that cost her approx. $390,000. She has been a facelift fan ever and had a full rhytidectomy. Other several procedures she had had was abdominoplasty and mastopexy. Learning that she had genes that could develop breast cancer, she had undergone a double mastectomy.

During her young age, as she was in limelight being a better-half of famous metal singer Ozzy Osbourne, she felt uncomfortable with her unusual looks characterized by her messy hair, little legs, and unproportioned body shape.

She got her legs and arms lifted and also underwent a tummy tuck. Afterward, she went on getting work done to look young and perfect. Now, her face looks a bit unnatural and frozen.

Sharon cited her and her son, Jack’s illness as the main reasons for her not deciding to have any more cosmetic surgeries. Additionally, her husband’s fear of her going under a general anesthetic again has also stopped her in her tracks.

Though she was open about her all cosmetic surgeries and her decision to not undergoing further procedures in 2013, fans witnessed her newly youthful face during X-Factor 2016 season. Fans reaction to her new face was like, “As X-Factor gets older every year, Sharon Osbourne’s face seems to get younger.”