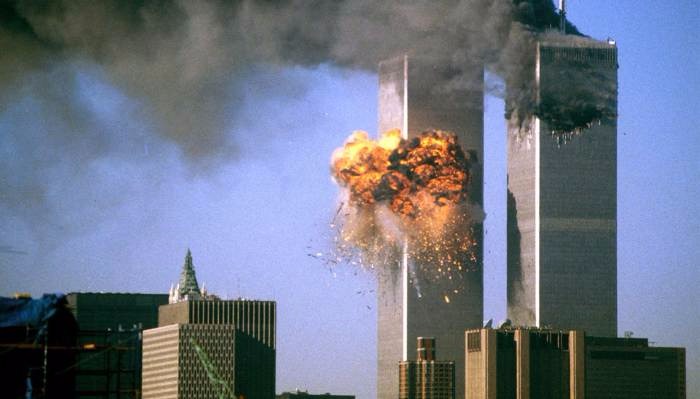 The Boeing 767 that crashed into the north tower was loaded with 20,000 gallons of jet fuel. The impact, which killed several hundred people instantly, left a gaping hole near the 80th floor of the tower, which was 110-story tall. On 9:03, another Boeing 767 appeared out of the sky and took a sharp turn towards the South Tower, crashing near the 60th floor.