What is Property Ladder host Sarah Beeny doing now? Net worth in 2018 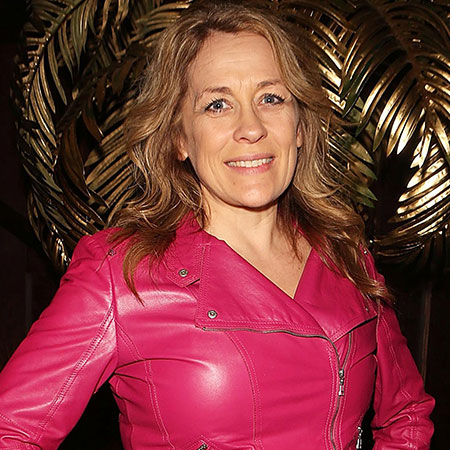 Sarah Beeny is an English TV presenter and property developer, best known for hosting ‘Property Ladder’ and its spin-off shows.

She was born on January 9, 1972, in Reading, Berkshire, to Richard and Ann Beeny. Ann died of breast cancer aged 39 when Sarah was 10.

At the age of 17, encouraged by her dad and step-mom, she, alone, traveled around the world which she refers mostly as “lonely and seasick.”

After returning to home, she started working for Save the Children and later opened her own sandwich-making business.

At the same time, she started taking classes in the property market and began to save money so that she could start her own business

Saving up some money from her work, she along with her brother, Diccon, and then-boyfriend, Graham Swift, started property developing business.

In 2001, she had an opportunity to host British television series, Property Ladder, after she met a producer at a hen party.

The show which ran for seven seasons from 2001 to 2009 followed the journey and progression of amateur property developers.

She went to host its spin-off series, including ‘Streets Ahead,’ ‘Britain’s Best Homes’ and ‘Property Snakes and Ladders.’

She has also made appearances on shows like Fifth Gear, Gordon Ramsay’s ‘The F-Word’ and  Bob the Builder.

She is the co-founder of the dating website, Mysinglefriend, and owns the online estate agency, tepilo.com.

She married an artist and business partner, Graham Swift, in 2003, with whom she has four sons. The couple has been together ever since Sarah was 18.

She currently lives in south London with her husband and sons.

In 2010, she presented a one-hour special on Channel 4 about Rise Hall, a Grade II listed stately home, she bought to restore with her husband.

In August 2014, as one of 200 public figures, she signed a letter to The Guardian opposing Scottish independence.

As of now, she seems busy building noggins, which she also shares on her social media, giving tips and tricks on how to be efficient in the field.