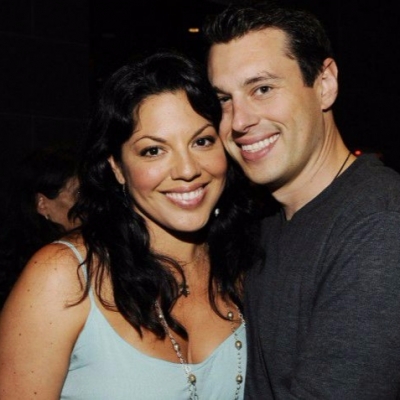 Ryan DeBolt is one of the finest business analyzers. The Los Angeles-based banker caught the eyes of many after he married the Grey’s Anatomy actress, Sara Ramirez.

Ryan DeBolt and his wife, Sara Ramirez, first met at a party

Ryan DeBolt first met Sara at an after-party. “We met at an after-after party. It was soul mates at first sight. When you are not looking, that’s when it happens. It was refreshing for both of us to encounter a grown-up” Sara said, referring to the roots of their relationship. The actress also admitted it was she who fell first.

On 17th June 2011, during a romantic summer holiday in Paris, Ryan knelt and popped the question to Sara. An eyewitness described the scenario: “Her boyfriend came next to her and kneeled. He opened a case, and we just heard her saying, ‘Oh My God! Oh My God! Oh My God’ and seconds later a big YES.”

A year after their engagement, Ryan exchanged the wedding vows with the America-Mexican actress on July 4, 2012. Their wedding ceremony was kind of intimate one, attended by only close friends and family in New York.

Ryan DeBolt Biography – Everything to know about Ryan DeBolt

Sara Ramirez, who portrays the role of a bisexual doctor, Callie Torres, in Grey’s Anatomy, surprised all her fans when she admitted to being bisexual in real life. She came out while giving a powerful speech at the 40 to None Summit in Los Angeles on October 8, 2016.

Confirming her sexual status, the actress said, “So many of our youth experiencing homelessness are youth whose lives touch on many intersections—whether they be gender identity, gender expression, race, class, sexual orientation, religion, citizenship status.” The actress continued, “and, because of the intersections that exist in my own life: Woman, multi-racial woman, a woman of color, queer, bisexual, Mexican – Irish American, immigration, and raised by families heavily rooted in Catholicism on both my Mexican & Irish side, I am deeply invested in projects that allow our youth’s voices to be heard and that support our youth in owning their complex narratives so that we can show up for them in the ways they need us to.”

Since coming out in 2016, Sara has not spoken about her relationship with her husband, Ryan. Some people on Twitter have claimed that they are not together anymore. However, the truth remains unclear until Sara or Ryan confirms it.