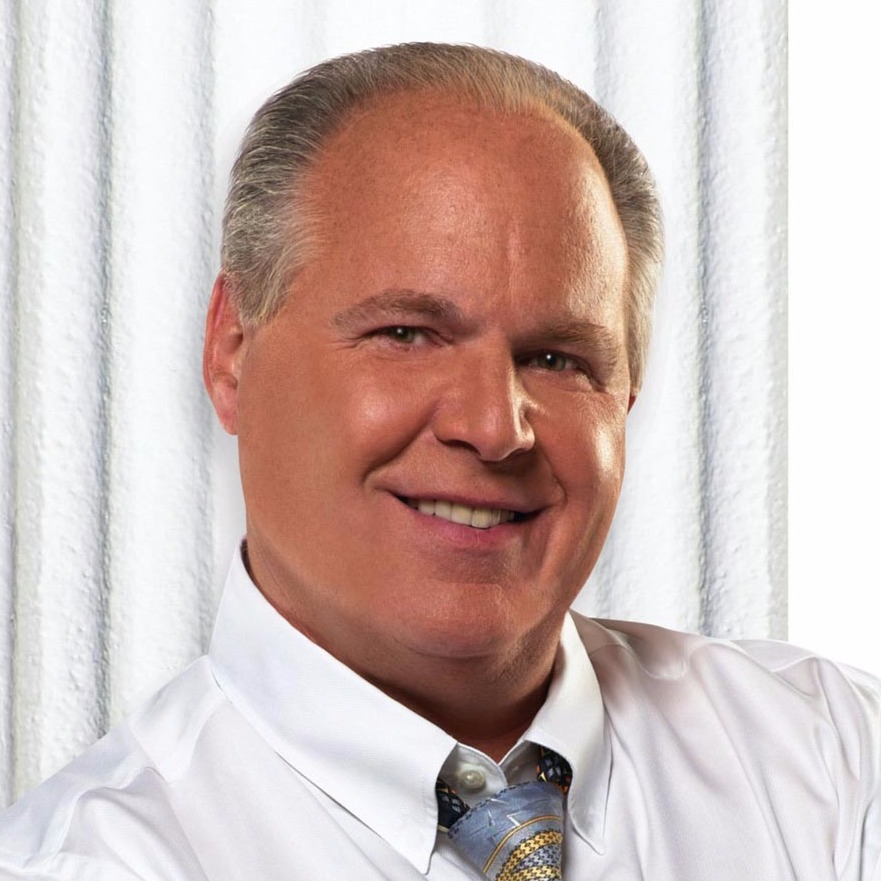 He is also a writer and has written several books. His first children book Rush Revere and the Brave Pilgrims: Time-Travel with Exceptional Americans earned him Author of the Year Award at Children’s Choice Book Awards.

Prominent radio show host, Rush Limbaugh was born on 12th January 1951 in Cape Girardeau, Missouri, United States of America. All of his family members; grandfather, father, and even brother, David, are lawyers.

To fulfill his parents dream, he joined the Southeast Missouri State University but he left school after studying there for two semesters. He travelled all the way to McKeesport, Pennsylvania and started working for Top 40 music Disc Jockey on radio station WIXZ. In 1973, he moved to Pittsburgh and began serving for radio station KQV.

In the initial phase of his career, he worked at many radio stations. Eventually, in 1979, he took some break from radio work and took the responsibility as a director of promotions in Kansas City Royals baseball team.

But he made comeback as a radio talk show host in 1984 by starting to work as host at radio station KFBK. Rush started his national radio show hosting career after moving to New York City. In 2003, he tried to take a different path from his real profession by working as brief stint as pro football commentator for ESPN.

Rush went on to achieve huge popularity when he began hosting his own radio show The Rush Limbaugh Show. The show initially broadcasted at noon time both on AM and FM radio. He was rankednumber 1 by Talkers Magazine in the list of Heavy Hundred most important talk show hosts.

Limbaugh also tried to make some positive impact on television with hosting half-hour syndicated TV show for four years from 1992 to 1996. He got his first work experience on TV as guest host of late night talk show called The Pat Sajak Show. He also made several cameo appearance on several television shows like The ½ Hour News Hour.

Rush was born in the house of lawyer and soldier Rush Hudson Limbaugh, Jr. and Mildred Carolyn. His father served in China Burma India Theater of World War II.

Rush Limbaugh’s personal life is quite interesting. He has been married four times out of which three times ended with divorce. He got married the first time to sales secretary of radio station WHB named Roxy Maxine McNeely on 24th September 1977. On 10th July 1980, he divorced her.

He got wed to the college student named Michelle Sixta in 1983. He spent seven years together before finally ending relation with divorce in 1990. For the third time, he went on to marry aerobics instructor named Marta Fitzgerald on 27th May 1994.

His third marital relation survived for 10 years but in December 2004 it also ended with divorce. On 5th June, 2010 he exchanged wedding vows with party planner Kathryn Rogers. Even though he has been married four times, he doesn’t have any children.

Rush had some difficulty in his personal life. During 2000s, he suffered from hearing problem. He almost went completely deaf. But he wasable to recover his hearing power with the help of cochlear implant.

Rush Limbaugh is currently hosting The Rush Limbaugh Show on New York City based radio station WOR. In 2015, he had a net worth of $79 million.