What is Lizard Lick Towing’s Ron Shirley Net Worth? Meet His Wife & Children 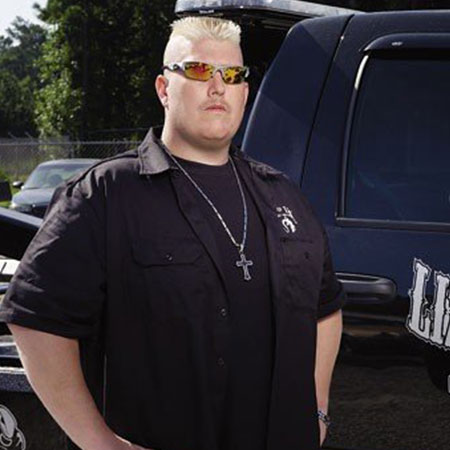 North Carolina-based Lizard Lick Towing and Recovery is one of the biggest name in the world of repossessions. And men behind the famous company are Ron Shirley and his wife Amy Shirley.

After leaving college due to a football injury, Ron decided to enter the automotive world and later went to choose the repossession world.

He started his company with a single truck in 1998 and had a fleet of 20 after ten years.

Now, he co-owns the repossession company with his wife, Amy Shirley and they have employed 15 people to drive a fleet of 20 trucks.

Ron runs day-to-day operations of the business while Amy, a former powerlifter and licensed mortician, deals with irate drivers.

Bobby Brantley was one of their dissatisfied customers, who went to be a part of their company and also appeared in their TV series.

The Lizard Lick Towing crew’s first TV project was truTV’s ‘All Worked Up,’ which premiered in 2009 and aired for four seasons till 2011.

Later, they were given their own reality show, Lizard Lick Towing, which premiered as the spin-off series of ‘All Worked Up’ on Feb. 7, 2011.

The show featured the dramatic reactions of the company’s repossessions of vehicles that sometimes included threats of violence and stabbings, and yet became a favorite fan show.

Now, let’s get into his personal life.

He grew up attending church and later drifted away from the Lord when he was 18.

Shortly afterward, he got in a horrific car crash in which he saw the passenger burned to death.

The aftermath of the car crash saw Ron’s life spiraled out of control for a 15-year spree as he got involved in drugs and alcohol addiction.

During that time, he had encountered two near-death experiences, including being struck by lightning and kicked in the head by a horse.

Amy prayed for her husband when he was in his darkest days, and she went to church leading him in the right direction.

Ron refers to his wife as his “God sent.”

He now runs the Eastern Chapter of Dirt Church and also uses their shows as a platform to share his faith with victims of drug addiction and sexual abuse.

In 2017, he appeared in a show, Ronnie’s Redneck Road Trip, which showed him coming to the UK to try his hand at the antiquarian car business.

Throughout the years, he has amassed a huge net worth of $4.5 million.

Ron and his wife, along with their two daughters, Maggie Mae and Lexi and sons, Alex and Gabe, live in Lizard Lick, in North Carolina.