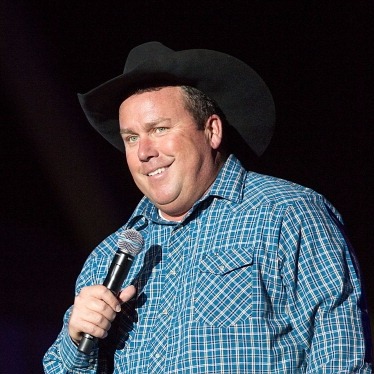 Rodney Carrington says a combination of stand-up comedy and his passion for music completes his life. Well, Carrington is a comedian and country singer of American origin.

Renowned for his unique flairs for stand-up comedy, he has also carved his name in the entertainment industry since his college days. Starting in 1998, he has released six albums and a greatest-hits package with Mercury Records and Capitol Records. His acting career started in the 2004 ABC sitcom Rodney and the 2008 American comedy film Beer for My Horses.

Fifty-three-year-old Longview, Texas native Rodney started to crack jokes from a young age. As a result,  he began performing on stage in his junior college days. One of the notable acts that the actor put on a show during his college days came in the stage production Noises Off. His performance gained an appreciation, and after that, he decided to try his fortune in acting.

One-woman-man Rodney was previously married to Terri Carrington. Their 18-year-long union ended with an official divorce in 2012. The couple had three children, sons Zac, Sam and George. Currently, the singer is residing in Las Vegas, enjoying his single life and focusing on his career.