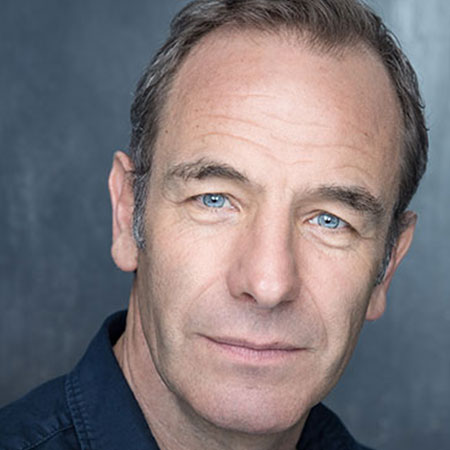 He was born on December 18, 1964, in Hexham, Northumberland, England to a cleaner and shopkeeper, Anne and a miner, Robson Green.

Green attended Dudley Middle Comprehensive School and being attracted towards jet planes, he joined Air Training Corps at the age of 16.

He also learned to play guitar and formed his first band, Solid State in 1982.

After leaving school with five O-levels, he joined Swan Hunter’s shipyard as a draughtsman and also tried his hand at professional boxing.

He attended three boxing training sessions for the play, Francie Nichol, where he portrayed the role of a boxer.

Afterwards, he decided on a career in acting and began training under the tutelage of artistic director, Max Roberts.

Around that time, he also continued his musical career as a member of a successful local band, Workie Tickets.

He gained his first exposure as an actor in BBC miniseries, Casualty, and later went on to gain national prominence as Fusilier Dave Tucker in ‘Soldier Soldier.’

He and his co-star, Jerome Flynn sang Unchained Melody for ‘Soldier Soldier’ in 1995.

Afterward, the duo popularly known as Robson and Jerome was persuaded by Simon Cowell to release a single with White Cliffs of Dover.

The song stayed at no. 1 for seven weeks in the UK Singles Chart, selling more than 1.8m copies and making it the best-selling single of the year.

His musical abilities gave him an opportunity to sign a long-term deal with ITV to star in it’s shows like ‘Reckless,’ ‘Touching Evil’ and ‘Grafters.’

He starred as clinical psychologist Dr. Tony Hill in the crime drama, Wire in the Blood.

A fishing enthusiast, Robson hosted the show, Extreme Fishing with Robson Green, in which he was seen traveling around the world in search of greatest fishing destinations.

He was married to an occupational therapist, Alison Ogilvie from 1991 to 1999.

Afterward, he was in a relationship with a flight attendant, Stephanie Jones for a few months in 2013.