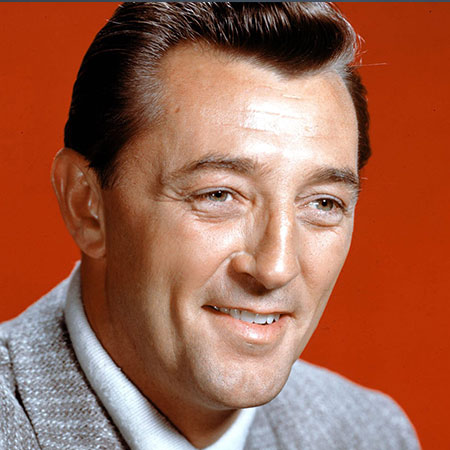 American film legend Robert Mitchum came to prominence during the 1950s and 1960s mostly for his anti-hero roles in classic film noirs.

The ‘Out of the Past’ and ‘Cape Fear’ star not only showed up as a tough guy on screen but also had an equally menacing personality off screen.

The departed actor led quite an interesting life since his childhood till his death at age 79.

Here are five lesser-known facts about the legendary actor

Troublemaker from an early age

Mitchum’s “tough guy” persona stemmed from his childhood days and became quite a notorious troublemaker while growing up.

At age 14, he got arrested for vagrancy in Savannah, Georgia and was put on a chain gang, but escaped and fell back into his vagabond habits.

He stole Dorothy from his brother

Mitchum married Dorothy Mitchum in 1940, and the couple remained together for six decades until Robert’s demise in 1997.

However, Dorothy was his younger brother John’s love. The two moved to California after their marriage and lived there till their death.

He is also a talented singer and composer

In addition to being a gifted actor, Mitchum was also a talented singer who often used his own singing voice in movies.

The song, The Ballad of Thunder Road, which he wrote for his 1958’s film noir, Thunder Road, ranked no. 69 on the Billboard Hot 100 chart.

He worked for astrologer Carroll Righter

After Mitchum moved to Long Beach, California in 1936, he briefly worked as a ghostwriter for astrologer, Carroll Righter.

Righter was known for being Hollywood’s “astrologer to the stars” and the advisor of Ronald and Nancy Reagan.

Mitchum and his wife both worked for him ghostwriting horoscopes for the 166 newspapers, in which Righter wrote daily advice columns.

A nervous breakdown led him to acting

Mitchum did several odd jobs before permanently finding his ground in the show business.

During the early 1940s, he used to work as a machine operator with the Lockheed Aircraft Corporation.

The job-related stress caused him to suffer from a nervous breakdown and even resulted in temporary blindness that led him to find work as an actor.